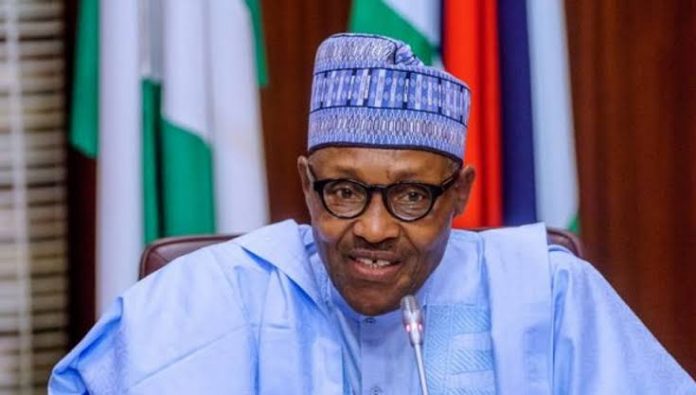 President Muhammadu Buhari says he will  re-energise and reorganise the security apparatus and personnel of the armed forces and the police with a view to enhancing their capacity to tackle insecurity this year.

He said this and more in his new year message to Nigerians on Friday morning’s broadcast to the nation.

The president admitted that insecurity as a challenge had direct repercussions on the nation’s economic stability, growth, and development.

He noted that it had set nation back at critical points through the destruction of public and private investments.

He said, “The year 2021 will indeed be a year where we will work to reinforce the hopes of fellow Nigerians in the vision of a united and progressive Nigeria.

“This administration would continue focusing on delivering key strategic priorities under our “SEA” – (Security, Economy and Anti-Corruption) Agenda. Some of the key priority areas we would direct our attention and strengths to include:

“Re-energising and reorganising the security apparatus and personnel of the armed forces and the police with a view to enhance their capacity to engage, push back and dismantle the operations of both internal and external extremist and criminal groups waging war against our communities in some parts of the country.

“Insecurity as a challenge has direct repercussions on our national economic stability, growth, and development, setting us back at critical points through the destruction of public and private investments.”

“In parts of the country where chronic poverty, social exclusion, and disillusionment among sections of the youth were already a problem, the cycles of violence that have been unleashed by mindless groups like Boko Haram and others have thwarted the efforts of government to undertake the social policy and associated investments that could make a huge difference in the quality of life of our citizens.”

The president also said he would begrudge those critics who believed his administration had not moved as fast as they wished, but he called on them to work with him in addressing the challenges facing the nation.

President Buhari noted that Nigerians should understand where the administration took off in 2015 with lean resources, stating that it had recorded some accomplishments afterall.

He saluted the courage of Nigerians who had shown admirable resilience in the face of every adversity, an unmatched capacity to recover speedily from every setback, and an unparalleled generosity of spirit in resolving differences.

He said, “I am aware that for some of our compatriots, the progress we have registered since the inception of this administration is not nearly as fast or as sufficient as they would wish. I do not begrudge them their views in so far as they signify a wish, in which we all share, for only the very best for our country.

“Nevertheless, I call upon all Nigerians to carefully recall the circumstances of our coming to office, the facts on the ground and the resources at our disposal since 2015 with the accomplishments of this administration.

“As a people, we have shown admirable resilience in the face of every adversity, an unmatched capacity to recover speedily from every setback, an unparalleled generosity of spirit when we resolve our differences, and a constant readiness to invest faith and hope in the destiny we share as a united country built on the diversity of its peoples.”

The president, however, promised to fight corruption with a renewed vigour and address the issue of youth engagement and empowerment.

He added, “As a Government we are committed to actively engaging with the creative energies of our young people.

“In this regard, we will partner with the legislature to develop an enabling environment to turn their passions into ideas that can be supported, groomed and scaled across regions.

“This will create vast opportunities in fintech, agriculture, business process startups and in the entertainment industry.”

He preached caution in keeping the country safe from COVID-19 resurgence, as his administration finalised plans to procure and effectively distribute the covid vaccines.

He added, “Keeping our country on a forward march is a duty which we all have and share.

“In this regard, keeping our country safe from a resurgent cycle of COVID-19 as this administration finalizes its plans to procure and efficiently and effectively distribute the COVID-19 vaccines, I urge you all fellow citizens to observe strict COVID-19 prevention protocols.”