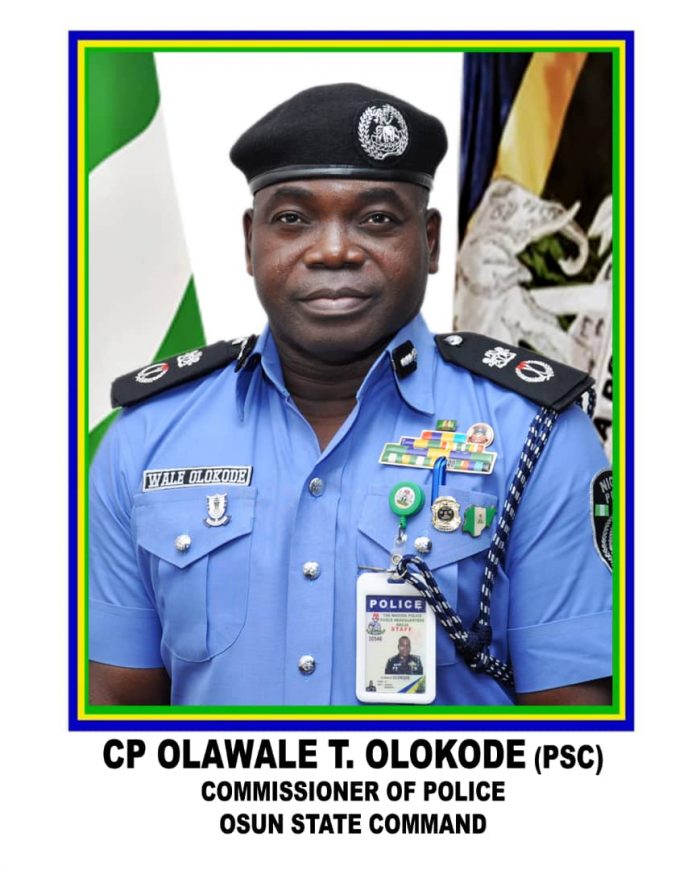 He takes over from Udie Adie who was recently promoted to the position of an Assistant Inspector-General of Police and had been redeployed.

According to a statement by the state’s Police Public Relations Officer, Yemisi Opalola, Olokode was born some decades ago in Odeda Local Government Area of Ogun State.

Olokode has served in several states of the country across the six geo-political zones, which include the following: Ogun, Lagos, Oyo, Osun, Niger, Cross River, Kogi, Kano, Jigawa, INEC Headquarters and Force Headquarters Abuja among others.

It added, “A thoroughbred professional who has, since joining the Force, made waves in the departments that hold the Nigeria Police namely: Administration, Operations and Investigations like a colossus.

“The Commissioner of Police, a holder of M.SC in Peace & Conflict Resolutions Studies from National Open University of Nigeria and B. SC in Sociology from the University of Ibadan, was appointed into the Nigeria Police Force in March, 1988 as Cadet Assistant Superintendent of Police.”

Olokode was the Commissioner of Police, Border Patrol before his transfer to Osun command in December, 2020.

“An officer known for his candour and no nonsense, but could also be a bundle of humorous relief when in the midst of friends, colleagues or subordinates.

He is happily married with children,” it added