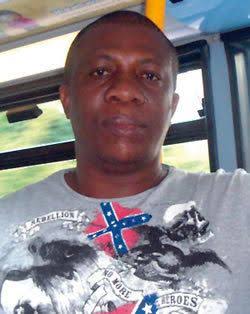 Details are however sketchy concerning the cause of his death, but his remains were said to have been deposited in a morgue.

Quite amiable, Chico made tremendous contribution to the Nigerian movie industry starting his business from Femi Shokan in Surulere,Lagos, the first production office of Zeb Ejiro, taking it to global space and recognition.

He originally read Agriculture but found passion in motions and pictures.

The father of four adorable children was married to Joy Ejiro, another personae in the movie industry but had embraced business.

Condolences have started to pour in, and one of them is that of Senator Ben Murray Bruce.

He had written on his verified twitter handle few minutes ago:

“I mourn the death of Nollywood legend and filmmaker, Chico Ejiro. My condolences to his family, the Nollywood family and all the love ones he left behind. May his soul rest in peace.”

More on this genius later…