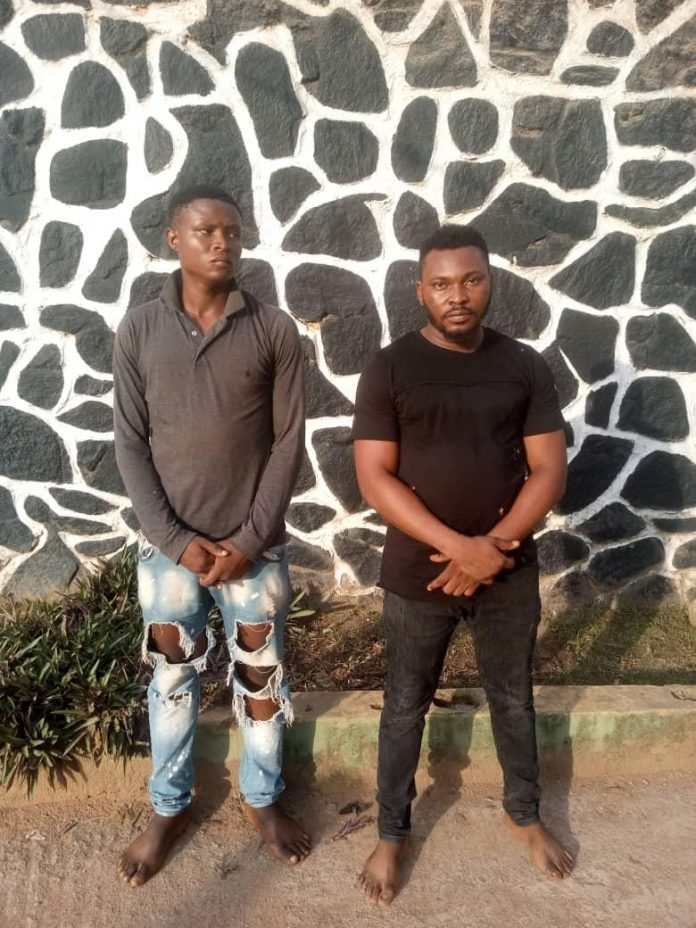 The suspects whose names were given as Damilare Oyeniyi (30) and Emmanuel Okori were reportedly arrested on Wednesday 16th December 2020.

The state Police Public Relations Officer, Abimbola Oyeyemi said the suspects were arrested following a report lodged at Sango police station by the victim who told the police that the suspects who are living in the same compound with her dragged into the room of one of them, stripped her naked, video her nude before taking turns to rape her serially.

He said the Divisional Police Officer, Sango division,Godwin Idehai detailed detectives to go after the suspects who had allegedly fled and they were arrested on the 16th of December 2020.

Oyeyemi added that during interrogation, the two suspects confessed committing the crime.

He said, “They confessed they videod her nude with which they used to threaten her not to report or else the video will be posted on social media.”

Meanwhile, the state Commissioner of Police, Edward Ajogun has ordered the immediate transfer of the suspects to Anti-Human Trafficking and Child Labour Unit of the State Criminal Investigation and Intelligence Department for further investigation and prosecution.