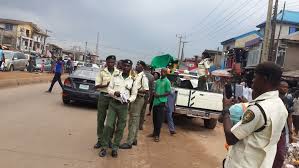 Ogun State Traffic Compliance and Enforcement Corps says it has deployed 650 operatives, 35 patrol vehicles and 20 towing trucks for the Yuletide.

It indicated that this came under operation tagged, ‘Stay Safe, Drive Responsibly and Be Protected.’

According to a release by the Public Relations Officer, TRACE, Babatunde Akinbiyi, credited to the office of the Commander/Chief Executive, TRACE, ‘Seni Ogunyemi, the operation which commenced on Wednesday, 16th December, 2020, would last through Monday, 11th January, 2020.

“It will also include TRACE Community -Based Traffic Management Scheme, TRACE MAYORS, because safety on our roads is a collective responsibility,” it added.

The statement further indicated that this year’s festive season was unique in a way due to the second wave of the coronavirus pandemic, “which has further challenged us all as road users on the need to stay safe by driving responsibly during this period in order to be protected.”

The Commander urged TRACE Corps to be civil, humane and exhibit a high level of professionalism in the discharge of their duties.

He equally urged road users to ensure that all COVID-19 protocols and guidelines were observed and respected because any vehicle contravened for any traffic infraction(s) during the celebrations would not be released until Monday, 11th January, 2021.