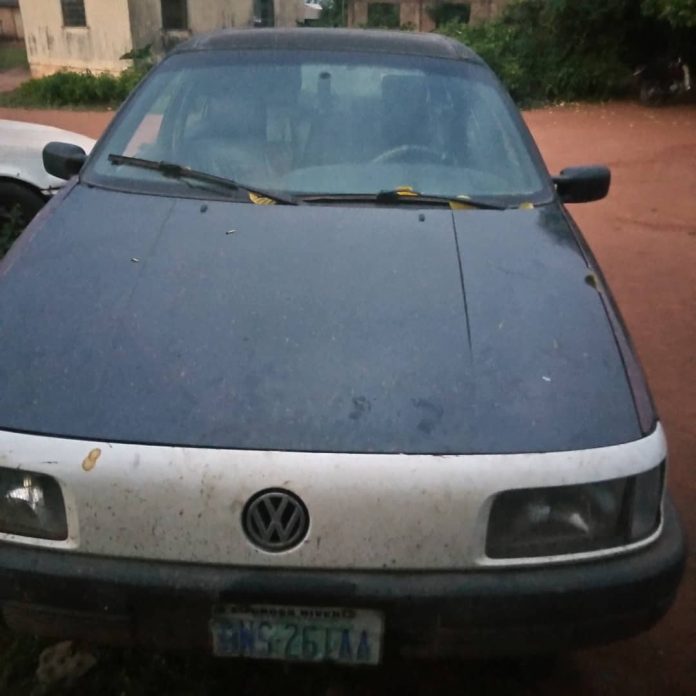 Operatives of Ogun State Police Command say they have arrested a couple, Adeniyi Stephen and wife, Adeyinka, for allegedly siphoning diesel at the mast base of a telecoms company, Globacom, at Agosasa, Ipokia Local Government Area.

The other accomplice was named as Ojo Sulaimon.

The police said they were arrested on Wednesday 16th December 2020 after one Joseph Ekanem made a report that some thieves had been coming with a passat car with number plate BNS 261 AAA to siphon diesel meant for the mast base station.

Based on this report, the state Police Public Relations Officer, Abimbola Oyeyemi said the Divisional Police Officer, Ipokia, Adebayo Akeem detailed detectives to launch to an investigation into the case with the view to bringing the perpetrators to book.

Oyeyemi added that the suspects “have all confessed to the commission of the crime.”

He said, “They also confessed to have siphoned 32,651 litres of diesel valued at N8,162,750 million ( eight million, one hundred sixty-two thousand, seven hundred and fifty naira).

“Preliminary investigation revealed that Adeniyi Stephen is a member of staff of the company and mastermind of the operation.”

Meanwhile, the state Commissioner of Police, Edward Ajogun has ordered that the suspects be charged to court as soon as the investigation is concluded.