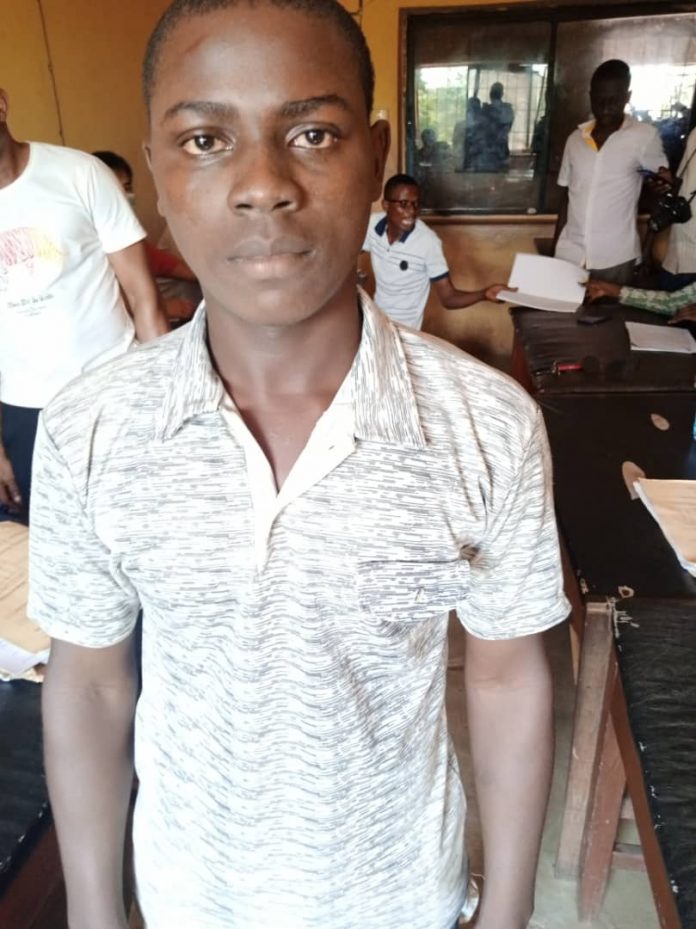 After almost eight months of painstaking investigation, the operatives of Ogun State police Command have unraveled the mystery behind the killing of the owner of a popular J.B hotel in Owode-Yewa, Alhaji Jimoh Bello.

Recall that the deceased’s corpse was found on the 29th of May 2020 in the booth of his Toyota Camry car parked at Omo-Ilu Owotedo area, via Idiroko town.

The residents of the area who noticed the car parked in their area started suspecting foul play when an offensive odour was streaming out of the vehicle and they subsequently reported at Idiroko Divisional Headquarters of the command.

The state Police Public Relations Officer, Abimbola Oyeyemi, said when the police got to the scene, the car door was forced open and the corpse of the deceased was discovered in the booth of the car.

He said the case was subsequently transferred to the Homicide section of the State Criminal investyigation and Intelligence Department for discreet investigation with clear mandate to fish out the killers.

He added that the Divisional Police Officer, Femi Olabode- led team embarked on intelligence and technical- based investigation which led them to the arrest of a 20-year -old herbalist, Misipode Dosu who happened to be the last person seen with the deceased.

Oyeyemi said during interrogation, the suspect confessed that the deceased contracted him for a money -making ritual of which he billed him the sum of N300,000 out of which the deceased had paid him N250,000.

He explained that the suspect revealed that after some time, the deceased started pressurising him that he haf not seen any positive outcome of the ritual.

Oyeyemi said, “Out of fear that the deceased might report him to the police for obtaining money from him under false pretence, he invited him to come for the final stage of the ritual at Idiroko.

“On getting there, he gave him a concoction prepared with a poisonous substance to eat and the man slumped and died immediately he ate the concoction.

“The suspect there and then put the deceased into the booth of his car and drove the car and parked it at the place where the corpse was recovered.”

Meanwhile, the state Commissioner of Police, Edward Ajogun has directed that the suspect be arraigned before a court of competent jurisdiction as soon as the investigation is concluded