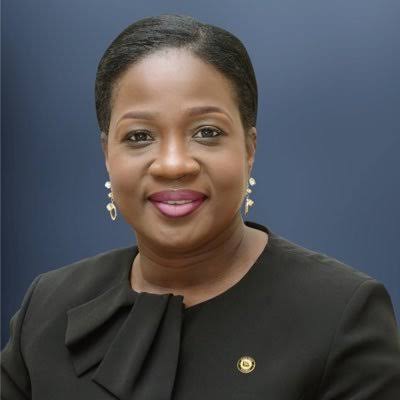 The Ogun State Commissioner for Health, Dr Tomi Coker has called on the Nigerian government to step up test on expectant mothers during the ante-natal period in order to prevent mother-to-child transmission of the Human Immunodeficiency Virus.
She said this on Tuesday after the state pioneered the launching of the self-testing HIV/AIDS kits in Abeokuta at the commemoration of the 2020 World AIDS DAY.
The event was organised by the Ogun State Agency for the Control of AIDS.
At the event held at the state headquarters of the Nigerian Medical Association, the wife of the governor, Mrs Bamidele Abiodun, who was represented by the wife of the Speaker of the State House of Assembly, Mrs Bolanle Oluomo unveiled the kits.
Dr Coker noted that the current statistics of 36,000 cases of mother -to-child transmission of HIV in the country might not be the real figure, and this she added gave her deep concerns.
She stated that there was a need to carry out massive tests on pregnant women across the country in order to nip the spread of HIV in the bud.
While she equally advised that men should also embrace the culture of either self-testing or go to public health centre to know their status, Dr Coker, however, added that the self-testing mode guaranteed privacy.
She said if they knew their status early, it would be easier for those infected to begin to access the Anti-Retroviral drugs, and this would ensure that they did not transmit the virus to other people.
Dr Coker noted that the state had consistently fought the HIV/AIDS scourge having reduced the prevalent rate from 3.6 per cent to 1.6 per cent within eight years.
While she said HIV/AIDS and COVID-19 were pandemics which had continued to ravaged the world, she advised that the fight against HIV/AIDS must not be neglected to the current battle against COVID-19.
On his part, the Executive Secretary, Ogun State Agency for the Control of AIDS, Dr Kehinde Fatugase, also commended the state government for the political will to devote resources and manpower to the fight against HIV/AIDS scourge in the state.
He said the agency had taken the battle not only to the communities but to schools across the state, in order to preach responsible sexual behaviour and sexuality.
Dr Fatugase said the state would invariably meet the 2030 deadline as prescribed by the World Health Organisation for the world to eradicate the virus globally.
Share on:
WhatsApp