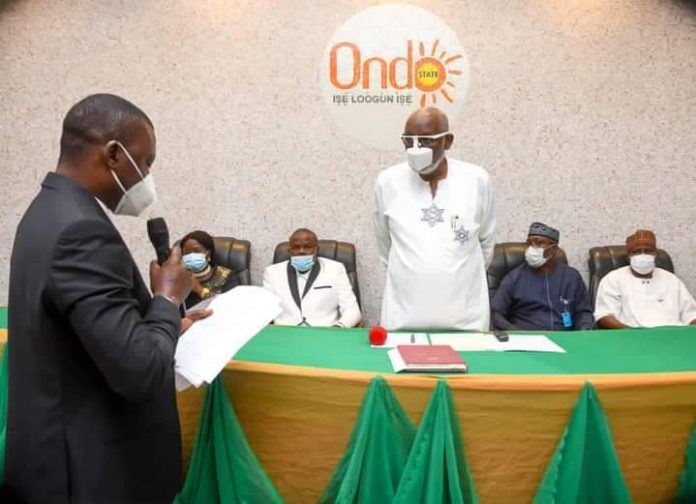 Recall that Akeredolu, removed the former Attorney General and Commissioner for Justice, Kola Olawoye, not long ago.

He did not give any reason for the removal of the lawyer from the state cabinet.

Sources, however, hinted that the move was part of the governor’s bid to reconstitue his cabinet ahead of his second term in office.

The governor would be inaugurated for his second term in February 2021.