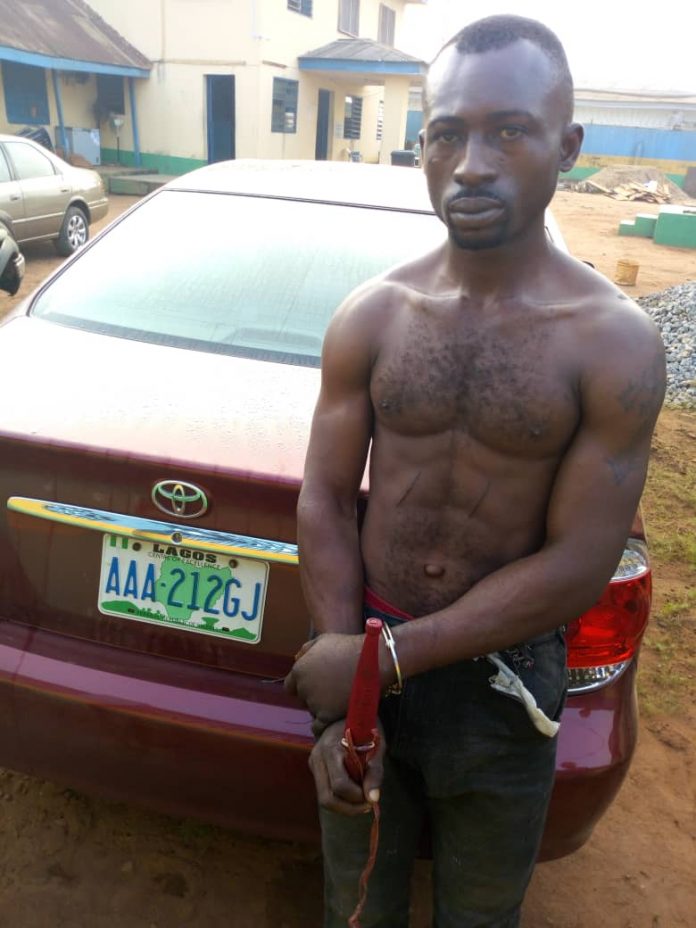 The suspect was reported to have been arrested on Thursday 26th of November 2020 at Ogere area.

The state Police Public Relations, Officer Abimbola Oyeyemi said the car was snatched from its owner at gun point in Ikoyi, Lagos.

He said the police at Ogere Divisional Headquarters got an intelligence that four men were sighted around Agunwarogo area of Ogere and their movement was suspicious.

Acting on this, he explained further that Dvisional Police Officer, Ogere Division Abiodun Ayinde led detectives to the place, where the four men were seen with a Toyota Camry car with number plate AAA 212 GJ.

He said the suspects took to their heels immediately they sighted the policemen but they were hotly chased by the team and one of them was eventually arrested.

He added that the suspect injured a police constable, Peter Olajide.

Oyeyemi said when the car was searched and a vehicle licence bearing the phone number of the owner was seen in it.

He said a call was subsequently placed to the number and one Mrs Phelomina who claimed to be the owner of the car confirmed that the car was snatched in Ikoyi, Lagos at gunpoint.

He said the police also recovered a double-edged dagger from the suspect.

Meanwhile, the state Commissioner of Police, Edward Ajogun has ordered the immediate transfer of the suspect to State Criminal Investigation and Intelligence Department for investigation.

The CP further directed that other members of the gang must be brought to book within the shortest possible period, while he warned criminals to stay clear of Ogun State as the command would not allow them to have breathing space.