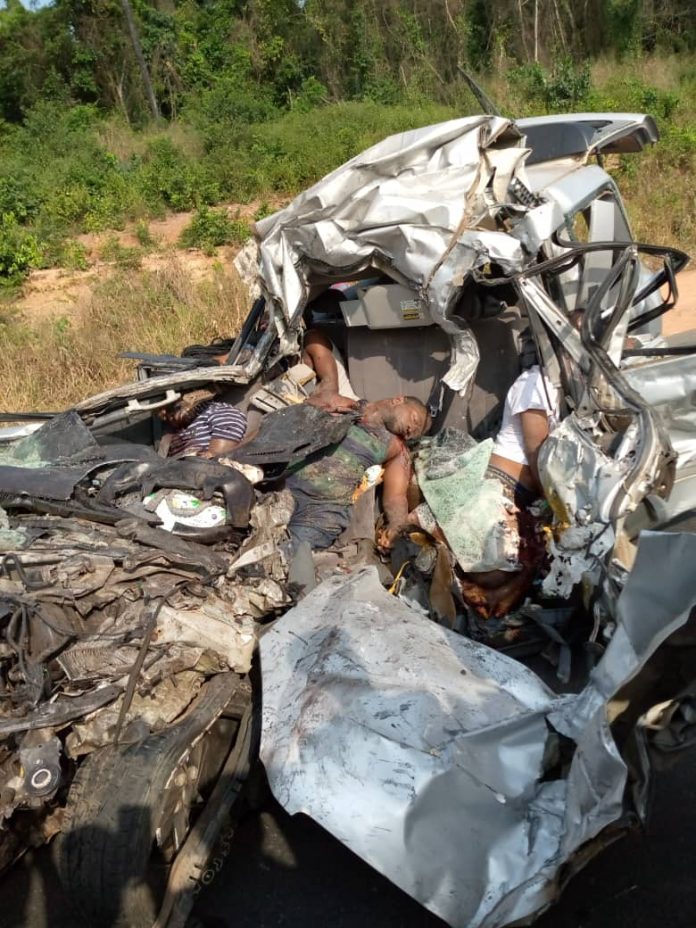 Six persons were said to have died in a road crash along the Lagos-Ibadan Expressway on Saturday while one other sustained injury.

According to the Public Relations Officer, Ogun State Traffic Compliance and Enforcement Agency, Mr Babatunde Akinbiyi, both vehicles were on their way to Lagos when the crash occurred.

He said the truck’s propeller pulled off while on motion, and as the driver was struggling with it, the Honda Pilot jeep rammed into it from the rear, killing all the five passengers including the driver on the spot.

The driver of the truck, he added, sustained injury.

He said the corpses of the victims had been deposited at the FOS Mortuary, Ipara Remo, while the injured was receiving treatment at the Idera Hospital, Ogere Remo.

While the TRACE Corps commiserated with the family of the deceased, it warned drivers and owners of articulated vehicles to be safety conscious and ensure they uphold the predictive and preventive measure of vehicle maintenance.