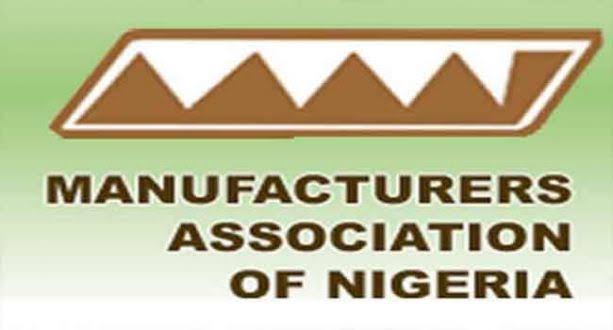 The Manufacturers Association of Nigeria has throw its weight behind the Federal Government as there are indications it is considering re-opening of the country’s borders.

It says the re-opening of the borders which the Federal Government closed since August 2019, will reduce the inflationary trend in the country, as other food items would be brought into the country to urgment local production.

The acting Director-General of MAN, Mr Ambrose Oruche, in an exclusive interview with our correspondent said the news from the Minister of Finance and National Planning, Mrs Zainab Ahmed that the Federal Government would soon re-open the country’s borders was a cheering news.

Oruche said the business community had long been clamouring for the re-opening of the borders, especially those manufacturers who carried out their business along the West African corridor.

He said the Manufacturers Association of Nigeria had told the Federal Government that border closure was not sustainable “as no country is an island which has everything.’

He noted that inflation has hit prices of foods in the market as flood had ravaged the farmlands across the country coupled with the menace of the bandits and herders who had made food production difficult.

According to reports, Nigeria has endured persistent increase in inflationary rate, growing from 12.13% in January to 13.71% in September, which is highest recorded in 30 months.

Recall that some farmers cried out in the Northern part of the country recently that bandits had sacked them from their farmlands and they were demanding huge sums of money as ‘ransom’ in order to allow them to return to their farmlands.

Oruche hinted that the shortfall caused by this factor would be taking care of by the food items coming in from the neighbouring African countries.

He said this became more relevant as Nigeria has assented to the African Continental Free Trade Area, which is a sub-regional trade agreement to allow for free trade among the ECOWAS .

Ahmed gave the indication on Wednesday during an interview with State House Journalists that the presidential committee set up on the matter has completed its job and has recommended the reopening of the borders.

She said the committee would soon submit its report to President Muhammadu Buhari, following which a formal pronouncement would be made on the matter.

The minister did not, however, disclose when the report will be submitted and how soon the land borders will be reopened.

Recall that Nigeria had in August 2019 closed its land borders to curtail illegal importation of drugs, small arms and agricultural products into country from neighbouring West African nations. 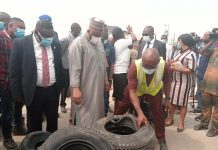 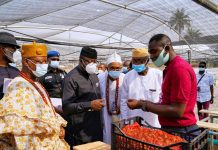