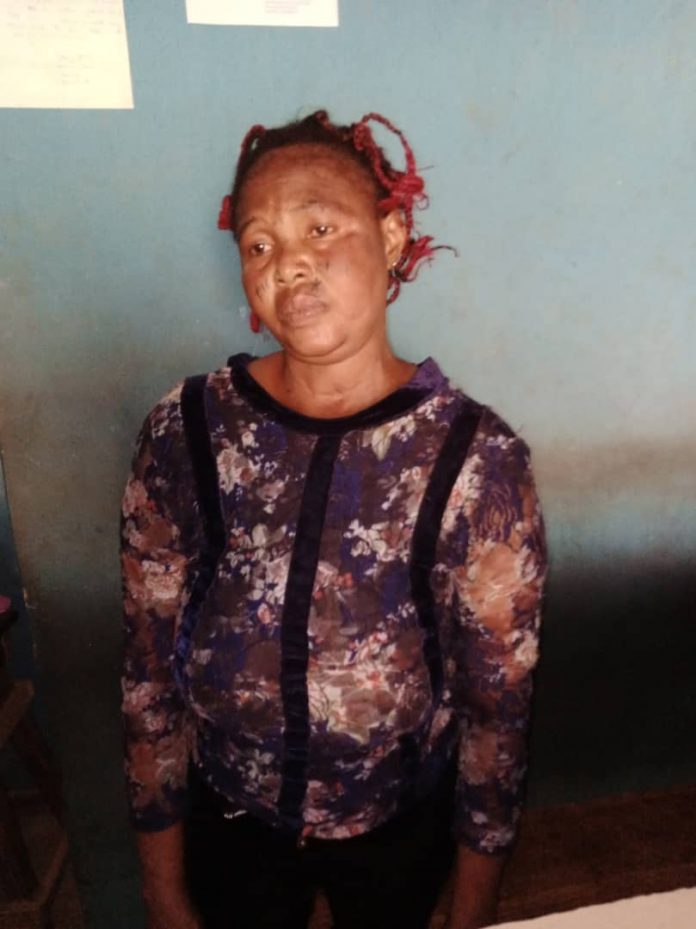 An Abeokuta- based woman, Iswat Taofeek has been arrested by operatives of the Ogun State Command for using a hot knife to inflict injuries on a 12-year-old boy, one of her brother-in-law’s children.

The victim was living with her, and she had suspected that he stole a sum of N5,000 she kept in the house.

The 40-year-old woman who lives at Isoka, Kugba Area of the city was said to have been arrested at 8.30am on Monday 23rd November following a complaint lodged at Adatan Police Station by a neighbour of hers on the incident.

The state Police Public Relations Officer, Abimbola Oyeyemi said the neighbour came to the station with the little boy, who later fainted while being attended to at the station.

He said, “The suspect was arrested at about 8.30am on Monday 23rd of November following a complaint by one of her neighbours who came to Adatan police station with the little boy whose body was full of injuries inflicted on him with a hot knife and cutlass.

“While the report was being lodged, the little boy fainted at the station and was quickly rushed to a hospital for medical attention.

” On the strength of the report, the DPO Adatan division, Samuel Aladegoroye detailed his detectives to the woman’s house where she was promptly arrested.”

Oyeyemi said while being interrogated, the suspect explained that the little boy is a son to her brother-in-law and he has been living with her for some time.

He added, “She stated further that she kept the sum of N5,000 somewhere in the house but couldn’t find it and she believed that it was the boy who stole it and that was why she put a knife on fire until it was red hot before she used it to burn the little boy all over his body.”

Meanwhile, the state Commissioner of Police, Edward Ajogun has ordered the transfer of the case to Anti-Human Trafficking and Child Labour Unit of the State Criminal investigation and Intelligence Department for further investigation and prosecution 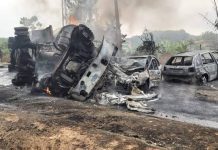 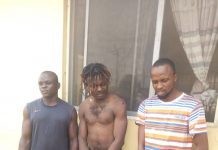