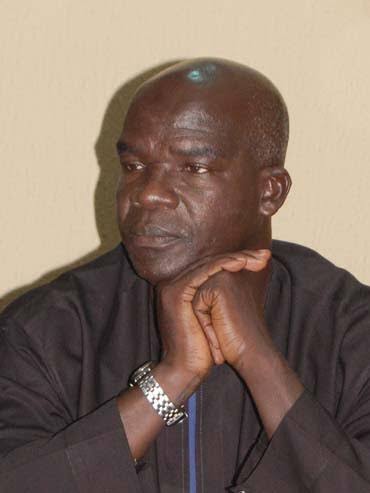 The Ogun State Commissioner for Information and Strategy, Alhaji Abdul-Waheed Odusile has called on journalists in the state to give him all the necessary support in projecting the good works of the Prince Dapo Abiodun-led administration.

Odusile made this call on Wednesday night while hosting journalists in the state to a dinner/get-together at the Arrival Pavilion/Waterfront of the Olusegun Obasanjo Presidential Library, Abeokuta.

The event was attended by top journalists in the broadcast, print and online platforms across the state including the Coordinator of FUNAAB RADIO 89.5FM, Mr Kola Adepoju, GM, NTA Abeokuta, Mrs Funmi Wakama among others.

Odusile who was appointed over a month ago, said he was overwhelmed by the reception accorded him and confidence reposed him by his colleagues when he arrived in the state.

While he thanked the Almighty Allah and the governor for counting him worthy among thousands of well qualified journalists in the state, he promised to serve the people of the state with his wealth of experience and exposure.

The Commissioner  who was a former President of the Nigeria Union of Journalists, however, urged the state council of the NUJ and the other chapels to close ranks and eschew disunity, in order to forge a common front.

He said, “Let us be united I beg of you. In unity lies our strength. In unity we can move mountains. I know of the difference that existed, I want things to be different during my tenure.

“I can only fight your cause, if only we are united, and within the resources available to the state.”

Speakers at the event during their remarks extolled the professional competence of Odusile, stating that they believed that he would make a success of the appointment.