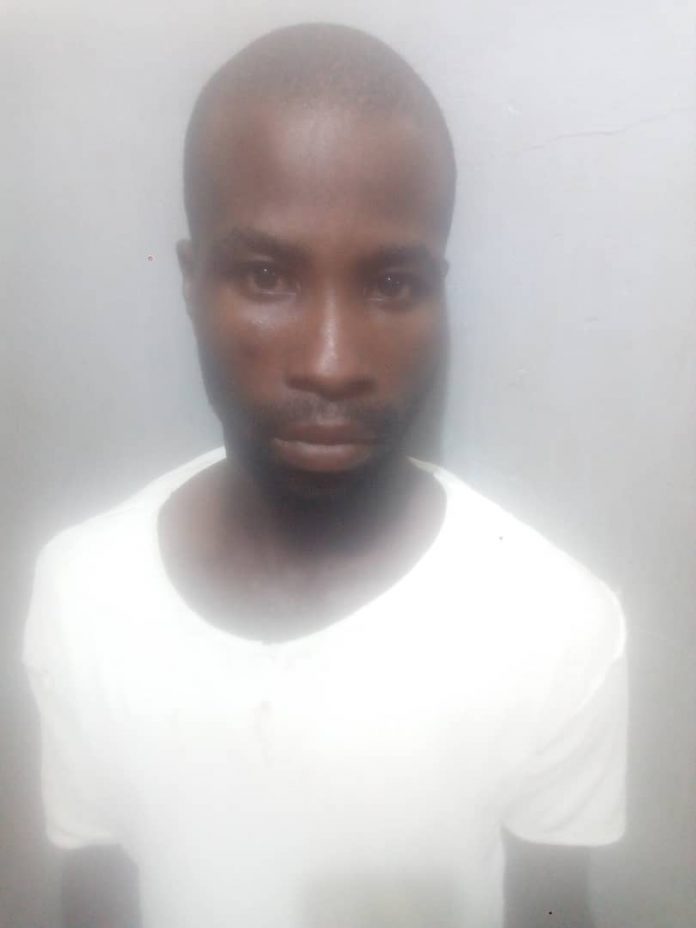 Oritoke, was a 26-year-old Bar attendant at K.C Hotel, Apakin Town, Lekki, Lagos, before she was allegedly lured by the suspect to his home and killed.

The state Police Public Relations Officer, Olumuyiwa Adejobi, said the suspect put a call to the deceased on 13th October, 2020, at about 11am, and she went to Segun’s house but Oritoke could not be traced or seen afterward.

He said the police then recorded a case of missing person for the deceased, adding that the police Wireless mesage on the case was widely circulated to all formations across the state for search and necessary police action.

He explained further, “However, on 7th November, 2020, one Engr. Adegbago David of Adron Homes and Properties, reported to the Police Station at Akodo Area, Lagos State, that while the company was excavating its site at Otolu Town, their Caterpillar exhumed a decomposing corpse.

“The police detectives swung into action and the corpse was identified by the staff of the hotel to be Oritoke’s.The corpse was evacuated to a public morgue for autopsy.

“The police placed a manhunt on the suspect and was arrested. He is being detained at the SCID Panti and he has given useful information to help the police in its investigation.”