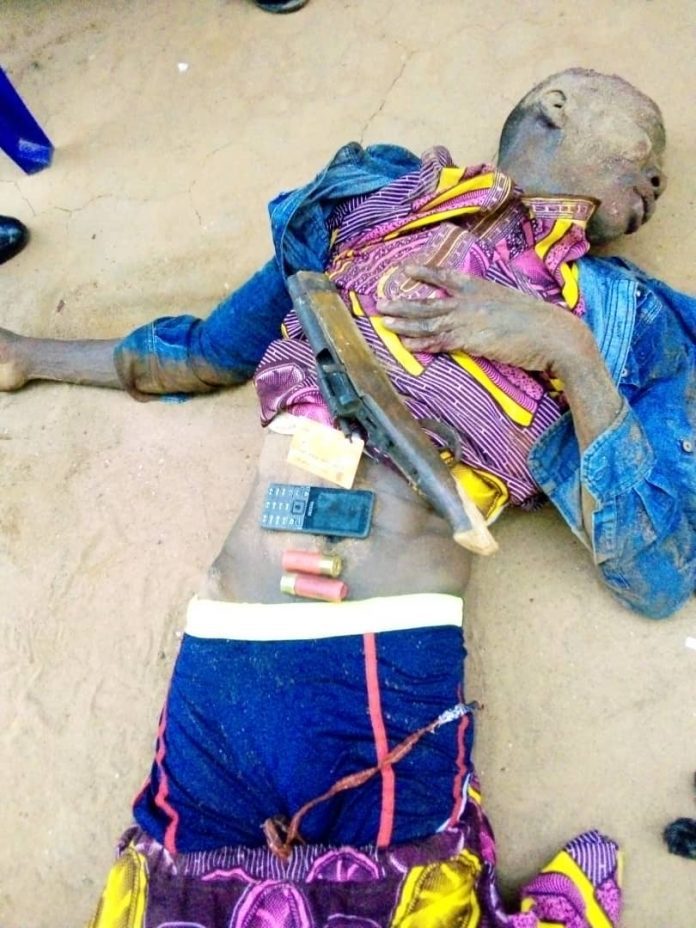 The Ogun State Police command says its operatives shot dead an armed robbery suspect on early hour of Monday 9th of November 2020 when a gang of robbers engaged them in a gun battle.

Some members of the gang were said to have escaped with gun shot injuries.

The state Police Public Relations Officer, Abimbola Oyeyemi, said the policemen at its Ikenne Divisional Headquarters received a distress call at about 5am on the fateful day that a group of armed robbers had blocked Olabiro Street in Ikenne and were dispossessing people of their valuables at gun point.

He said the Dvisional Police Officer in charge of the division, Noukauba Onuma, quickly mobilised his patrol team and moved to the scene.

But Oyeyemi explained that as soon as the bandits sighted the policemen, they engaged them in gun battle which lasted for about 30 minutes, at the end of which one of the hoodlums was shot dead while others escaped with varying degrees of gun shot injuries.

He said items recovered from the slain robber are; one cut- to -size locally- made gun, one live cartridge and one expended cartridge.

Meanwhile, the state Commissioner of Police, Edward Ajogun commended his men for their display of gallantry.

He also warned that this should be a warning signal to any would-be criminal “who are deluding themselves that police are not working again to have a rethink as the command will go to any length in protecting the good people of Ogun state.”

He also directed that the fleeing members of the gang be hunted for and brought to justice within the shortest possible time.