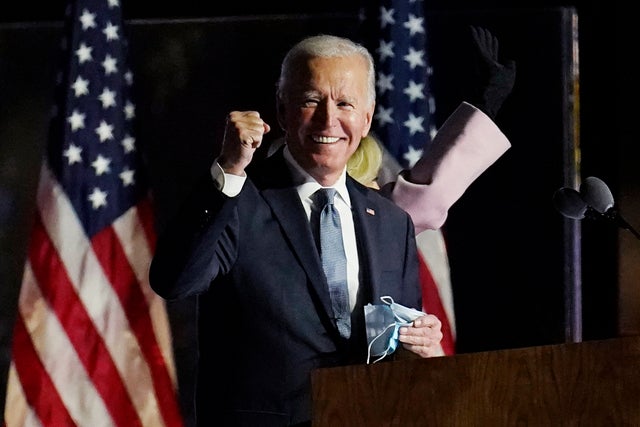 Democrat’s candidate, Joseph Robinette Biden Jr popularly known as Joe Biden has been elected the 46th president of the United States on Saturday.

He recorded 290 electoral college votes as against incumbent Donald Trump’s 214.

With this, the president-elect beat the threshold of 270 electoral college votes required.

The president-elect has said he felt honoured to be elected and he would be president to all Americans, irrespective “if you voted for me or not.”

Biden had promised to restore political normalcy and a spirit of national unity to confront raging health and economic crises.

In about 30 years of American history, Trump would be a president that served only one term.

However, Trump has continued to threaten legal actions, claiming electoral infractions though without proofs. In fact, his team has said they will hit the courts on Monday.

Meanwhile, congratulatory messages have started to pour in for Biden from world leaders such as British Prime Minister, Boris Johnson and German Chancellor,  Angela Merkel among others.