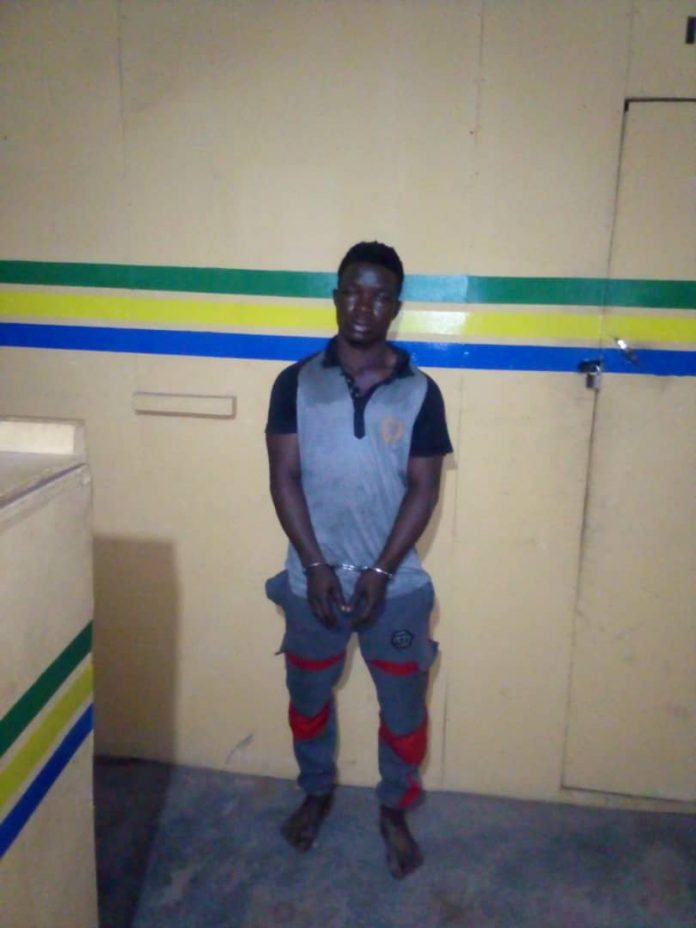 A suspected ritual killer, Festus Simon, who escaped from Ibadan, capital of Oyo State late October has been arrested in Ogun State by the police.

The 20-year-old suspect was reportedly nabbed by the operatives of the Ogun State Police Command on Wednesday November 4, in Sotubo area, Sagamu.

According to the state Police Public Relations Officer, Abimbola Oyeyemi, the suspect had fled Ibadan after he and other members of his gang had allegedly murdered a 12-year-old boy for ritual purposes on October 31, 2020.

He said, “The suspect was arrested on the 4th of November 2020 following an information received by the police at Sotubo Divisional Headquarters Sagamu that the suspect who killed his victim on the 31st of October 2020 fled his residence at Iyana Church area of Iwo Road Ibadan to Simawa area of Ogun State under the pretence of looking for a job in order to evade police arrest.

“Information further revealed that the suspect has been on the wanted list of Oyo State Police command in connection with the killing of the innocent 12-year -old boy and his accomplice has since been arrested.”

Oyeyemi said the DPO Sotubo Division, Samuel Adefolalu, led his detectives to his hidden place where he was promptly arrested.

He added that the suspect has made useful statement, while the Oyo State Police command had been contacted for onward transfer of the suspect.

Meanwhile, the state Commissioner of Police, Edward Ajogun has warned that Ogun State “will never be a safe haven to any criminal because the best form of community policing is what we practice here thereby making it difficult for any criminal to hibernate anywhere in the state.”