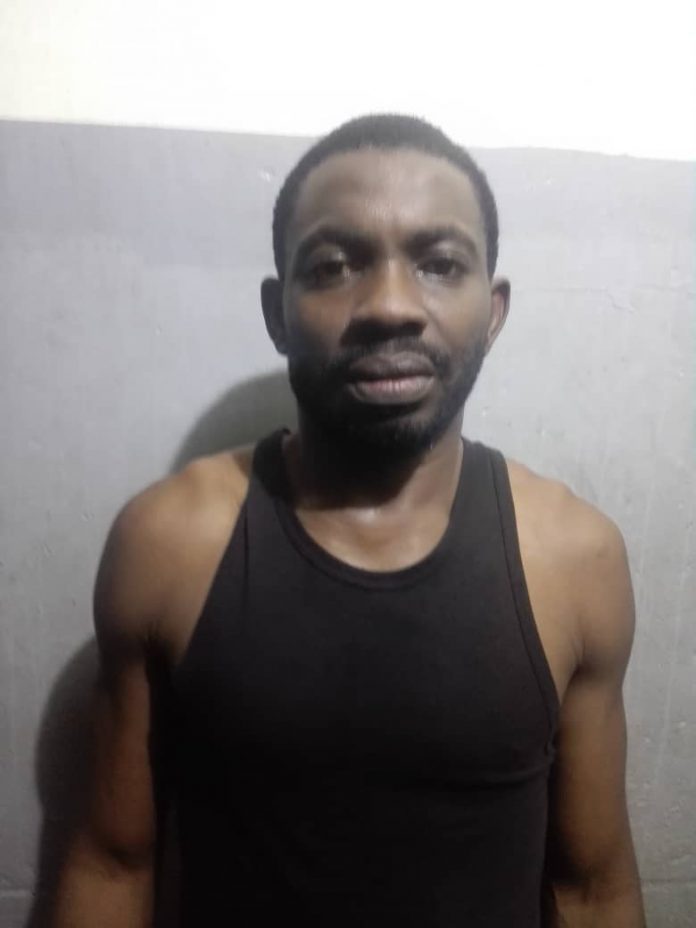 The state Police Public Relations Officer, Olumuyiwa Adejobi, disclosed this in a statement on Thursday.

Recall that the sergeant reportedly fled after shooting Joy in the mouth/cheek region on Thursday 8th October, 2020, at Salvation area, Opebi Ikeja Lagos.

The incident which had a video footage went viral on the social media, and got the attention of the police authorities in the state.

The suspect, who had since been on the run, according to Adejobi was arrested by his elder brother who is an inspector of police in the state and handed over to the command.

He said the State Criminal Investigation Department, Panti, Yaba has taken over the case on the instruction of the Commissioner of Police, Lagos State, Hakeem Odumosu, for further investigation.

Adejobi added that the Commissioner of Police has, however, warned personnel in Lagos to desist from any act that could tarnish the image of the police.

He also urged them to be committed to the principles of community policing for better service delivery and public safety in the state.