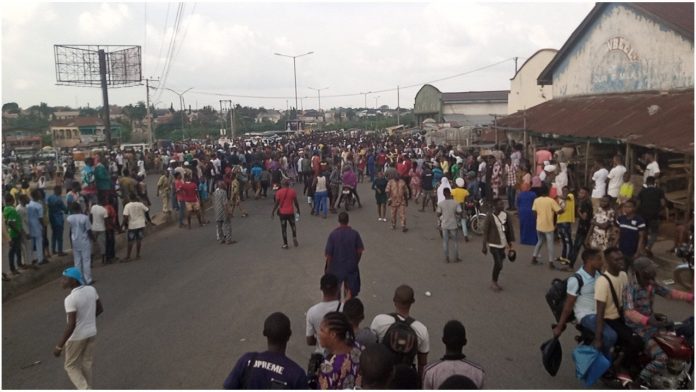 Barely 24 hours after a similar incident happened in Lagos, some residents of Osun State on Friday burst into a cocoa warehouse in Ede where COVID-19 food items were stored and looted them.

The palliative food items include cartons of noodles, and pasta, sachets of sugar and.small bags of rice among others, which were said to have been donated by the CACOVID group, and meant to cushion the harsh effect of the coronavirus pandemic.

Sources hinted that obviously excited residents jubilated as they gathered the food items, as some came on motorcycles and with vehicles.

Some of the residents were really livid with anger and hurled insults at the state government for alleged hoarding the palliative packages meant for vulnerable and under-privileged in the society.

However, the state committee in charge of the palliative packages promptly denied such allegation, stating that it had yet to receive official order from the state government to distribute them.

It also stated that there were yet some other consignments of food items still being expected, before the items could be distributed.