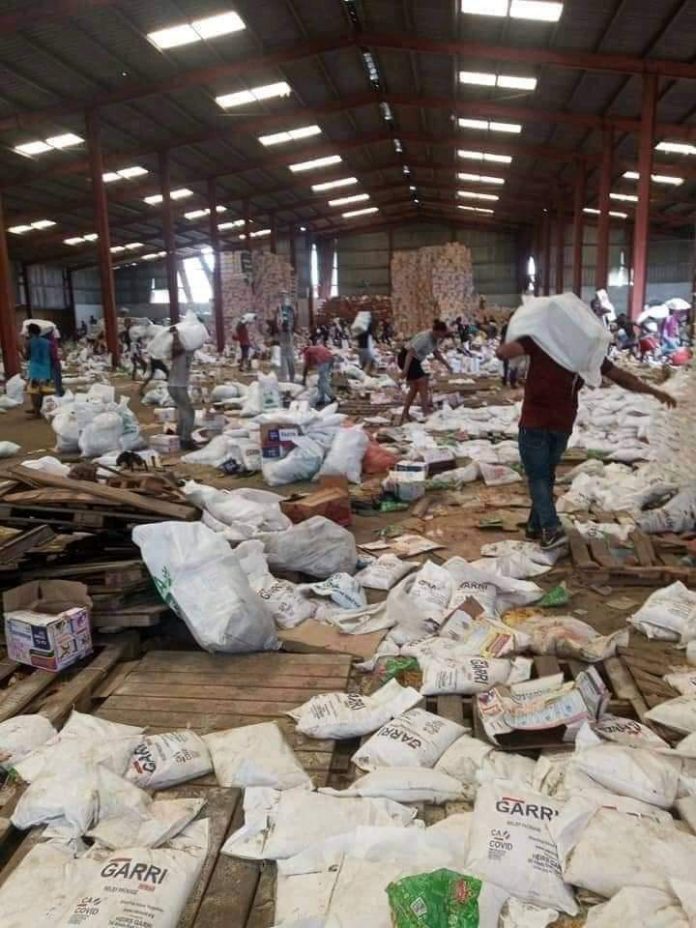 Scores of Lagos residents on Thursday besieged a warehouse in Mazamaza area of Lagos and looted the COVID-19 palliative packages reportedly kept there.

Our correspondent learnt the palliative packages which were mainly cartons of pasta, spaghetti, noodles, and small bags of rice among others, were some of the donations made by CACOVID-19  group to the Lagos State Government.

Residents were said to have migrated from as far as Bariga and other far-flung areas of the state to partake of what they termed ‘their own palliative packages.’

The state acting Commissioner for Agricture, Abisola Olusanya, said the Governor, Mr Babajide Sanwo-Olu, formally took the food palliatives from the CACOVID team meant for distribution to the indigent on September 22, 2020.

The Commissioner said the rebagging was being done to account for each beneficiary receipt, as was required and monitored by the CACOVID team.

The Commissioner added that the distribution was on-going but had to be halted due to protests, before the invasion of the warehouse on Thursday.