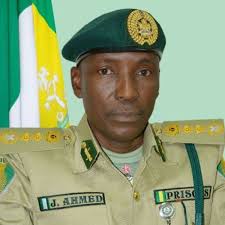 An official of the Nigeria Correctional Service has given an update on the jailbreak attempt at Ikoyi Correctional Centre.

He said the inmates had set ablaze the record and administration office in the facility.

In an interview monitored by our correspondent on Arise TV, the official said the incident happened around 11am.

He said, “We got a call from the controller of the Ikoyi Correctional Centre that said there was crisis in the centre.

“So we mobilised as we were coming, the Nigeria Security and Civil Defence Corps, the police and the army.

“The inmates set the record office and administration office ablaze, and wounded some of our officers.

“They had started burrowing holes into the walls in an attempt to escape. We stopped them.

“Normalcy has been restored. There was no jailbreak, we have retuned the inmates to their cells.”