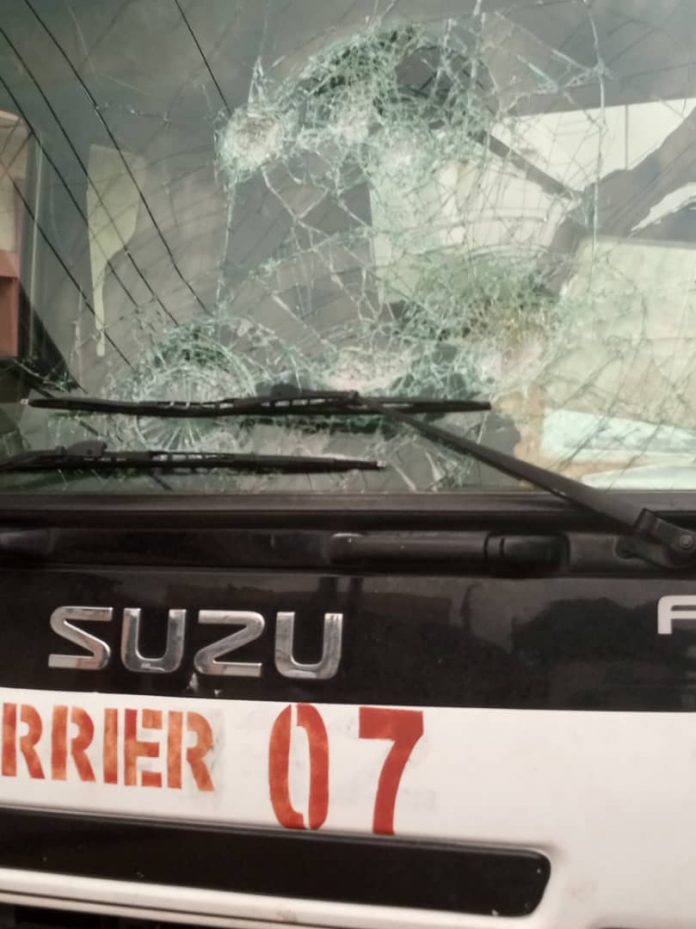 No fewer than 19 policemen were injured in Lagos on Monday when the vehicles conveying 97 of them to their duty posts ran into the #ENDSARS protesters.

The operatives who were of the Rapid Response Squad, according to to the state Police Public Relations Officer, Olumuyiwa Adejobi, were attacked at Adekunle area in Yaba.

Adejobi said the protesters on sighting the police truck became violent, shouting “No Police, No Police”, and they started hurling stones at them, and 19 among them sustained varying degrees of injuries.

He said the policemen, who scampered for safety, were eventually rescued and rushed to the Police Clinic at Panti, Yaba, for medical attention.

As scale of violence escalated in the state, the Governor, Babajide Sanwo-Olu ordered all public and private shut.

Again, Adejobi said four vehicles were damaged in other parts of the state by the violent protesters, stating that the Commissioner of Police, Hakeem Odumosu had condemned these actions.

He, however, added that in the face of this provocation, Odumosu, has continued to plead with his men to remain calm “while they continue to manage the situation professionally, as usual in the state.”

Also, the state Commissioner for Education, Mrs Folasade Adefisayo, who issued the directive for schools to be shut, said “the safety of the pupils/students, parents and all staff working in schools is paramount at this critical period.”

She however advised parents and guardians to keep an eye on their children and wards and “not allow them to be used as willing tools in the hands of those who might want to hijack the protests to unleash mayhem on the society.”