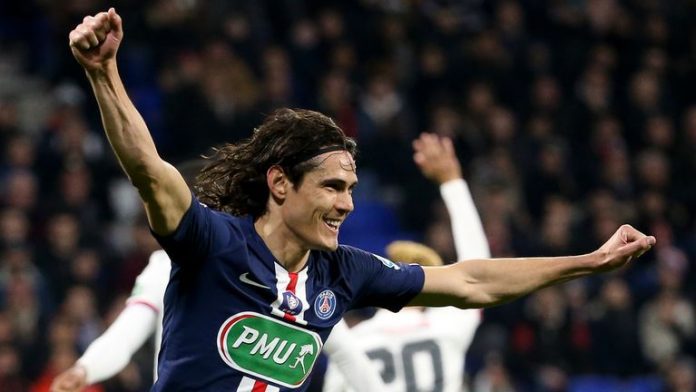 It was confirmed on Saturday that the 33-year-old had held discussions with the club and he has secured his move to Old Trafford ahead of Monday’s 11pm transfer deadline.

Cavani left French side Paris Saint-Germain at the end of last season after scoring 187 goals during his seven years in the French capital.

Cavani will offer Ole Gunnar Solskjaer an experienced option in attack to supplement the talents of Marcus Rashford, Anthony Martial and Mason Greenwood.

Manchester United are confident Cavani’s signing could have a similar effect to that of Zlatan Ibrahimovic, who arrived in the summer of 2016 at the age of 34.

They believe Cavani’s experience and credentials would encourage the development of Mason Greenwood while also providing support for Marcus Rashford and Anthony Martial, as well as adding a different attacking component for Solskjaer.

Potentially, it would also mean Manchester United would not have a need to replace Odion Ighalo when he returns to China at the end of January.

Cavani may be a free agent after leaving PSG but his record of 341 goals from 556 club games is impressive and fits in with the attacking DNA of Manchester United.

What we do not know yet is what sort of shape Cavani is in, but United would have time to assess his fitness and work intensively with him ahead of the October 17 trip to Newcastle.

It is clear the club has seen an opportunity in Cavani to follow the path taken by strikers such as Ibrahimovic and Henrik Larsson with a belief that the Uruguayan is relishing the opportunity of following in their footsteps.