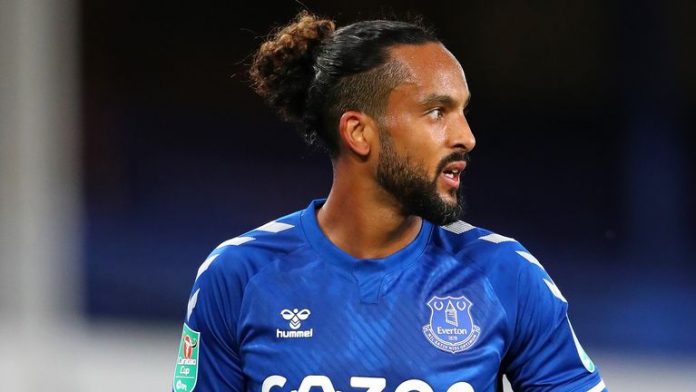 Theo Walcott has returned to his boyhood club Southampton on a season-long loan move from Everton.

The winger, who holds 47 England caps, passed his medical on Monday afternoon and will spend the remainder of the 2020/21 campaign at St Mary’s Stadium.

Walcott joined Southampton’s youth ranks in 2000, and scored five times in 22 appearances before moving to Arsenal in 2006.

He arrived at Everton for a fee of around £20m in January 2018 and has played 85 times for the club.

Walcott admits a return to the South Coast is an emotional one, saying: “I had a few opportunities from other clubs, but as soon as Southampton came in for me, it’s part of me and has made me into the player I am. It’s in my heart.

“I will probably cry, I bet, when I first play, and it means so much. All the people that made it happen, I can’t thank them enough. Honestly, I’m so pleased.

“I was seriously lost for words when Southampton came on the table, and for me it was such an easy decision.

“To get the chance to work with the manager as well and these young players that are coming through, I feel like I’ve made the right choice.”

Walcott has a year remaining on his current deal at Goodison Park but is not integral to Carlo Ancelotti’s plans this season, having only played 12 minutes of Everton’s first four Premier League games.

Everton have recruited strongly this summer with the additions of James Rodriguez, Allan, Abdoulaye Doucoure, Ben Godfrey and Niels Nkounkou.