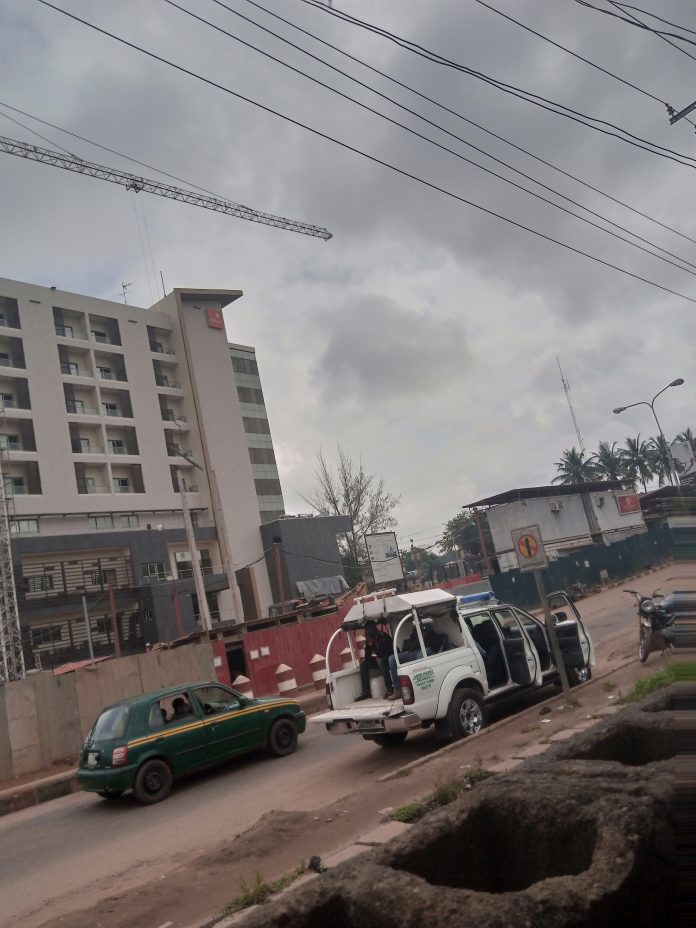 The NUJ secretariat (Iwe Iroyin) was the venue chosen for the peaceful kick off of the strike in Ogun.

Sources told our correspondent that the policemen came before 7am, when labour, TUC representatives and other affiliates were to converged at the Iwe Iroyin to flag off the strike in the state.

However, the policemen who were led by senior officers were disappointed, as the strike has been suspended by two weeks.

As at the time of filing this report at 9.53am, no fewer than 15 of the law enforcement agents were still mounting surveillance within the Iwe Iroyin premises and outside the gate.

Two patrol vehicles were also parked outside the gate, while the policemen sat and discussing, without any interference with activities, journalists and other individuals around them.

When contacted on the telephone on the presence of policemen at the NUJ secretariat despite the suspension of the strike, the state Police Public Relations Officer, Abimbola Oyeyemi, said the policemen were on “observation patrol”