The governorship candidate of the Peoples Democratic Party in Edo State election, Godwin Obaseki, is currently leading his counterpart, Osagie Ize-Iyamu of the All Progressives Congress, with over 50,000 votes.

So far, results of 10 local government areas were said to have been declared by the Independent National Electoral Commission. Out of the 10 LGs, Obaseki secured victory across eight, leaving his opponent with two. 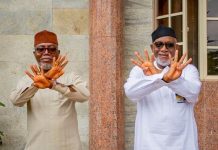 Edo election: I am not down, I feel strong, says Oshiomhole 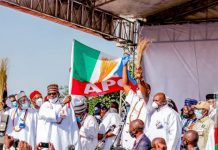 News Editor - October 27, 2020
0
The Chairman of the Independent National Electoral Commission, Prof. Mahmood Yakubu has been re-appointed by President Muhammadu Buhari  for a second term of five...