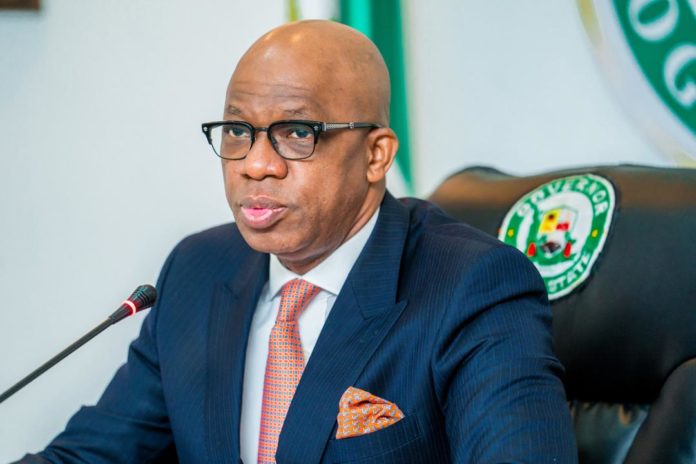 Barely 48 hours after Labour leaders in Ogun State declared a one-week warning strike over non- implementation of the minimum wage, non-remittance of Contributory Pension dues among others, the state government has appealed to them to return to the negotiation table.

This appeal was made by the Secretary to the State Government, Mr Tokunbo Talabi on Thursday in Abeokuta in a statement made available to our correspondent.

While the state government agreed that it would commence the payment of the new minimum wage from November 2020, it however stated that the huge burden of unpaid entitlements to workers it inherited from the immediate past administration of Senator Ibikunle Amosun totalled N106.9bn.

Talabi who further noted that the COVID-19 pandemic had really affected the economic fortunes of the state, which warranted the government to review downwards the 2020 budget down from approximately N450bn to N280bn, about 38% downward review.

Recall that the strike was declared on Tuesday evening by Emmanuel Bankole, the state chairman of the state’s Nigeria Labour Congress.

The NLC had given a 14-day ultimatum to the state government on the implementation of the new minimum wage.

All these, according to him totalled N106.9bn.

The past Administration, he said, only remitted the deductions from staff salary for check off dues and cooperative deductions in the twilight of its exit, leaving out accumulated Contributory Pensions.

Talabi noted that the state government considered the abrupt withdrawal of the labour team from negotiation table and unilateral declaration of one -week strike as unfair, indecorous and violation of the principles of collective bargaining.

He added that it was a surprise that labour would take the step even when the negotiation process was still on.

Tracing the genesis of the crisis to the Pension Reform Bill, passed by the State House of Assembly which labour noted did not seek their opinion and inputs, Talabi said the government, after due apology for the lapses, set up a team to liaise with the House of Assembly and representatives of Labour to trash out arreas of concerns.

The SSG said on receipt of Trade Dispute Notice, government mandated its team to engage the Labour with the first meeting held on September 14 progressing to September 15, 2020, where issues were narrowed and approaching amicable resolutions.

But surprisingly, he said, instead of notifying government of the outcome of the meeting the Labour leaders took excuse to attend to their members in order to conclude the negotiation, only to proceed to declare the meeting deadlock and announced the commencement of warning strike the next day (Wednesday, September 16, 2020).

“This is most unfortunate and a negation of civility and expected ethos that should underpin negotiations between government (particularly one that has demonstrated in many ways its commitment to staff welfare) and organised labour who are presumed partners in the task of developing the state and catering for the welfare and wellbeing of all citizens and residents.

“This behaviour lends credence to insinuations that labour may be acting out a script,” he said.

The past administration, he said, only remitted the deductions from staff salary for check off dues and cooperative deductions in the twilight of its exit, leaving out accumulated Contributory Pensions.

Talking on the financial implications of Labour demands, Talabi said the Pension Reforms Bill was jointly agreed that a committee be set up to fashion out an appropriate pension system for the state, implementation of new minimum wage which would increase the monthly wage bill by N1.04bn, and payment of Leave Bonus.