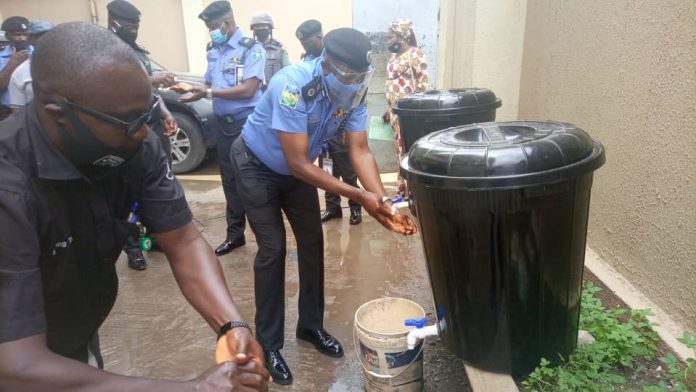 In a bid to have hitch-free and well-organised Computer Based Test for the Nigeria Police Regular Course 8 intakes, the Commisioner of Police Lagos State, Hakeem Odumosu, today, has assessed the venue of the examination at JKK House, Ikorodu Road, Ilupeju, Lagos State.

A statement by the state Police Public Relations Officer, Abimbola Oyeyemi, Olumuyiwa Adejobi, indicated that the Commissioner of Police urged the applicants and those involved in the exercise to observe COVID-19 protocols.

He equally admonished the applicants to follow, strictly, the examination rules and regulations as stipulated by the management of the Police Academy, Wudil Kano. 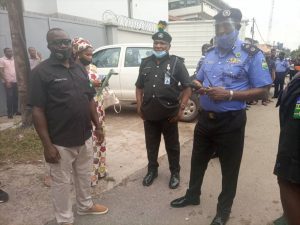 According to the statement, the state command had deployed adequate police personnel for protection of lives and property of the applicants and examiners at the centre, considering the large number of the applicants from within and outside Lagos State.

The Police chief was accompanied by a delegate of examiners from the Police Academy,Wudil, Kano, including ACP AbdulSalam Alade, the Assistant Commissioner of Police, Legal Studies, Dr Boumo Ezombi, Lecturer at the Police Academy, ACP John Zongo, the Area Commander Area F, Ikeja, and some operational officers in the area.

Odumosu reaffirmed the readiness of the Inspector-General of Police, Mohammed Adamu to having a world-class and standardised police institution in Nigeria through reorganised recruitment exercises.