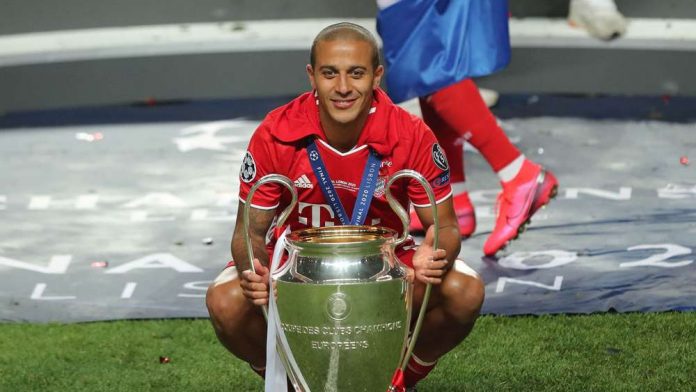 The Reds are stepping up their efforts to land the Spain international, with the fee potentially rising to £27m (€30m/$35m) in add-ons.

After months of speculation official contact has been made between the two clubs, with Liverpool now set to agree terms with the player, who is keen to move to Anfield.

A four-year deal has been agreed, with Thiago set to wear the No.6 shirt vacated by Dejan Lovren at Anfield. He will, however, not be in contention to face Chelsea at Stamford Bridge on Sunday, but could make his debut against Lincoln in the Carabao Cup next Wednesday.

Bayern CEO Karl-Heinz Rummenigge confirmed the agreement on Thursday, telling reporters: “I can confirm that Bayern has finally reached an agreement with Liverpool. It was Thiago’s great wish to do something new again at the end of his career.”