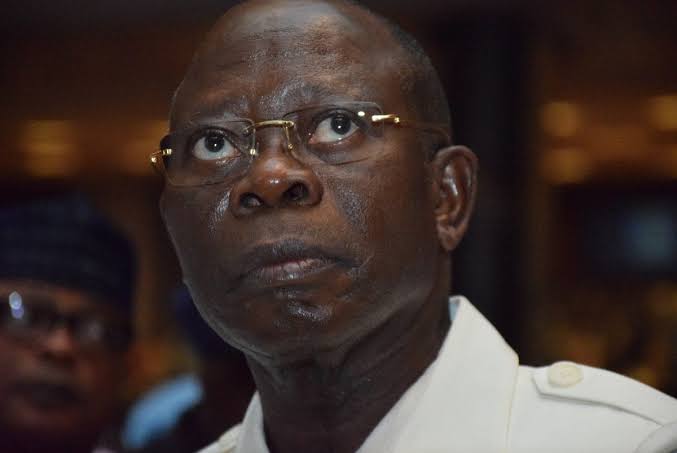 Two policemen attached to former National Chairman of the All Progressives Congress, Adams Oshiomhole, were reported dead on Tuesday when a truck lost control and rammed into the convoy of the former governor.

The incident occurred near Oluku junction in the Ovia North-East Local Government Area of the Edo State.

Oshiomhole and the team were on their way to Usen to join the APC campaign train for the September 19 governorship election when the accident occurred.

The APC candidate in the forthcoming election, Osagie Ize-Iyamu, had to call off his rally at Usen due to the sad incident.

These were contained in a statement signed by Oshiomhole’s media aide, Victor Oshoke.

Oshoke further added that two other persons sustained varying degrees of injuries in the accident.

The statement partly read, “Some minutes after 12 pm today Tuesday, September 1, 2020, there was a motor accident involving the convoy of Comrade Adams Oshiomhole, along Benin-Lagos by-pass before Oluku junction.

“We are sad to report that two police personnel in the Toyota Hilux truck lost their lives while two others are in critical condition receiving treatment at a hospital in the state. Comrade Adams Oshiomhole and other persons in the convoy, apart from those indicated above, did not sustain any injuries.

“While we pray for the quick recovery of the injured policemen, we extend our condolences to the families of the departed.

“The case was immediately reported at the Ekiadolor Police Station, and investigations are ongoing.”