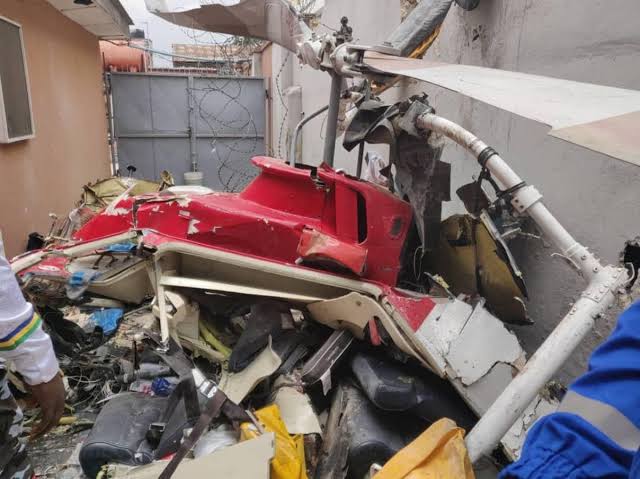 The spokesman of the Accident Investigation Bureau, Mr Tunji Oketunbi, has said that the crashed helicopter Bell 206 with registration number 5N-BQW belonging to Quorum Aviation which crashed into a building at Opebi, Ikeja, has no black box.

He disclosed this in a telephone interview with TVC in its 7pm news.

He said, “No black box was recovered at the scene of the accident. This particular helicopter is one of those that do not have a black box.

“Though the black box would have made our job easier, we have trained personnel who will carry out investigation on the cause of the accident.”

He, however, said the wreckage of the ill-fated helicopter had been moved to the AIB premises for investigation, assuring the public that the cause of the crash would be made known soon.

He said the investigation could be complex as the AIB personnel would examine the engine of the helicopter, and its maintenance record among others. 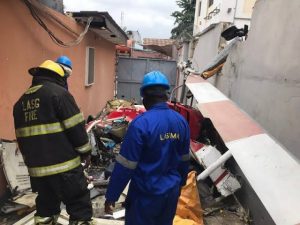 The ill-fated helicopter crashed around 12.30pm in the afternoon on Friday, causing panic and fear in the affected building at 16A, Salvation Road, Opebi and the neighbourhood.

Three crew members on the aircraft died, as two died at the scene while the third died at the intensive care unit of the Lagos State University Teaching Hospital, Ikeja.

Quorum Aviation has identified the victims of the accident. In a statement released by the company on Friday, it said those aboard the crashed helicopter are its crew members.

The statement read partly, “As soon as we received news of the accident, we promptly informed the aviation authorities, Accident Investigation Bureau and the Nigerian Civil Aviation Authority. Preliminary reports indicate that of the three souls on board – all crew, two of the crew members lost their lives whilst the third one is currently receiving treatment at a hospital.

“We have been made to understand that nobody in the building, nor in the vicinity was injured for which we are grateful. In accordance with aviation regulations, the AIB has taken over the investigation process. We hereby ask members of the public to await the outcome of the investigation. 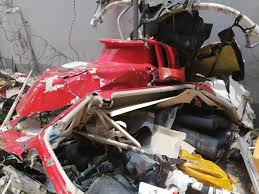 “We hereby express our heartfelt condolences to the families of the crew who lost their loved ones in this tragic accident.”