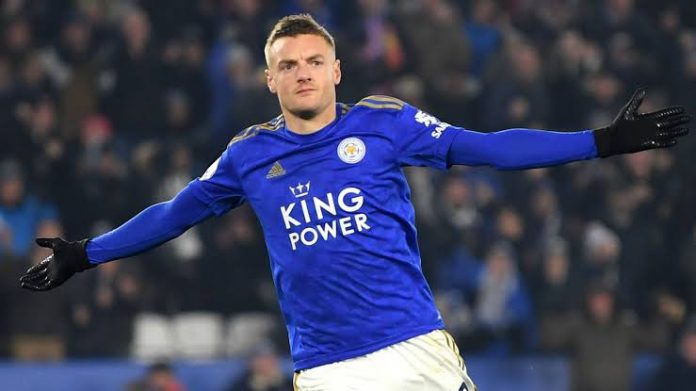 Jamie Vardy has signed a new four-year contract with Leicester City that will keep the England striker at the King Power Stadium until June 2022, Goal.com reports.

The 31-year-old, who initially joined the Foxes from non-league Fleetwood Town in 2012, was a key member of their 2015-16 title-winning team, winning both the Premier League Player of the Season and the FWA Football of the Year awards in the same campaign. 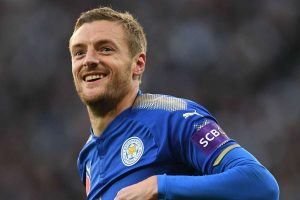 Capped 26 times by England, he was a part of the national team that reached the last four of the World Cup in Russia earlier this year, featuring in the semi-final against Croatia.

“It’s a great feeling to know that I can look forward to another four years as a Leicester City player,” Vardy said in a club statement.

“Everybody knows how I feel about playing for this football club.

“The journey that me, the team and the club have been on in the past few years has been incredible. Going into the new season, it’s an exciting time for Leicester City and I’m delighted to be part of it.”

Vardy, who started his senior career at Stocksbridge Park Steels and had a spell at Halifax Town before joining Fleetwood, has scored 88 goals across all competitions for the Foxes in his six seasons in Leicestershire, making him the 10th all-time top scorer for the club.

He won his first cap for England in 2015, in a friendly against the Republic of Ireland, and scored his first goal for his country against Germany in a 3-2 win the following year in March.

The story continues 📜#lcfc is delighted to confirm that @Vardy7 has agreed a contract extension with the Foxes to June 2023! 📝 pic.twitter.com/LBstXEVNUR

The striker’s re-signing represents a significant boost for Leicester, who have also reportedly fended off interest from Manchester United for Vardy’s England team-mate Harry Maguire.

Leicester City started their Premier League campaign away to Manchester United at Old Trafford on August 10 before they host newly-promoted Wolves eight days later on August 18.