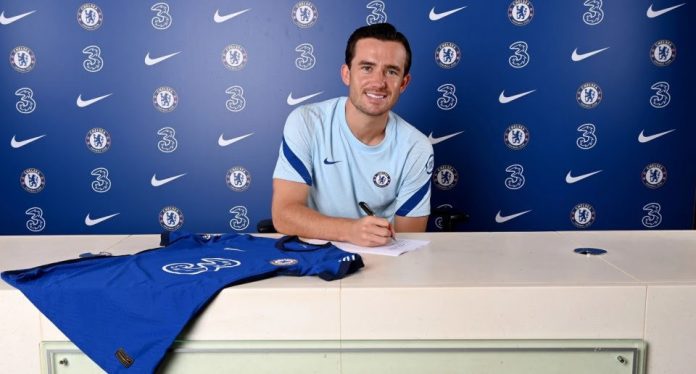 Chelsea have completed the signing of Ben Chilwell from Leicester City in a deal worth £50 million ($66m), the club confirmed on Wednesday, Goal.com reports.

The left-back has signed a five-year contract with Frank Lampard’s team after they reached an agreement with the Foxes this week.

“I am delighted to be joining Chelsea at this very exciting time for the club,” Chilwell told the club’s website.

“I’m looking forward to being a part of this young, dynamic squad led by Frank Lampard as we challenge for honours next season. I can’t wait to get started and hopefully it won’t be long before we’re playing in front of the Chelsea fans at Stamford Bridge.”

Chilwell came through Leicester’s youth academy to become a key player for the senior team, making 123 appearances and helping them to win the Premier League title in 2016.

“We are very pleased to have completed our third addition to our exciting squad for the coming season,” director Marina Granovskaia said.

“Ben brings plenty of top-level experience playing in the Premier League, Champions League and at international level, despite his young age.

Here’s a few things you may not know about our newest addition! #BenIsBlue pic.twitter.com/zn3v3IBAxc

“We are confident Ben will adapt very quickly to being a Chelsea player and with the fixture programme for 2020/21 especially busy, he is a fantastic addition to the squad needed to challenge for honours.”

Further additions are expected as the Stamford Bridge outfit made progress in their pursuit of Bayer Leverkusen playmaker Kai Havertz this week, having agreed to match the Bundesliga team’s £90m ($118m) asking price.

They are also set to announce the signing of 21-year-old defender Malang Sarr for free after his contract with Nice expired at the end of the 2019-20 campaign.