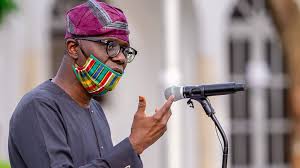 The Lagos State House of Assembly has asked Governor Babajide Sanwo-Olu to explain the whereabouts of three helicopters belonging to the state government.

The matter was raised during plenary on Monday sequel to the Matter of Urgent Public Importance moved by the Chief Whip of the House, Mrs Mojisola Miranda.

The House had summoned some key government officials to explain to the Assembly the agreement between the state and Caverton Helicopters, the managers of the helicopters.

“Recall that in 2007, Lagos House of Assembly passed a bill for the establishment of the Lagos State Security Trust Fund for the state government to equip and strengthen the security agencies in the state.

“Three helicopters were bought to strengthen security in the state. But, the helicopters are nowhere to be found now.

“I will want us to look at it and get the concerned parties to tell the House the location of the three helicopters to see if they are just lying fallow.

“If the state government has entered into an agreement with an entity on the equipment, let’s see to what extent the agreement has been working,” Miranda said.

The Speaker, Mudashiru Obasa, noted that the helicopters were meant for dual purposes – for security and for commercial purposes.

Obasa emphasised that the House should know the amount that had accrued to the state from the helicopters so far.

“What we have said so far has nothing to do with the image of the state or the assembly.

“What the Chief Whip has done is not too much. We need to know what has happened to the helicopters,” he said.

In his contribution, Mr Rotimi Olowo (Shomolu I) said that the House had approved the purchase of two helicopters during the era of former Gov. Babatunde Fashola.

Olowo said the House learnt that the state had an agreement with Caverton Nigeria Limited to partially commercialize operations of the helicopters on behalf of the state government.

He added that it was important to know how the three helicopters had been managed so far.

Also speaking, Mr Fatai Mojeed (Ibeju Lekki I) said the assets were purchased for security purposes and to generate money for the state government.

Mojeed said the House needed to know what had happened to the helicopters and urged that a committee should be set up to look into the matter.

Corroborating, Abiodun Tobun (Epe 1) said the helicopters should be at the reach of the state for security, probity and accountability.

However, Rotimi Abiru (Shomolu II) cautioned that the assembly ought to have approached the office of the Chief of Staff over the helicopters before bringing it to plenary.

Another lawmaker, Olawale Olayiwola (Mushin II) noted that it was important to call the attention of the state government to the matter.

Olayiwola said the House needed to know the whereabouts of the helicopters, adding that many vehicles that were donated for security purposes in the state were also not functioning well.