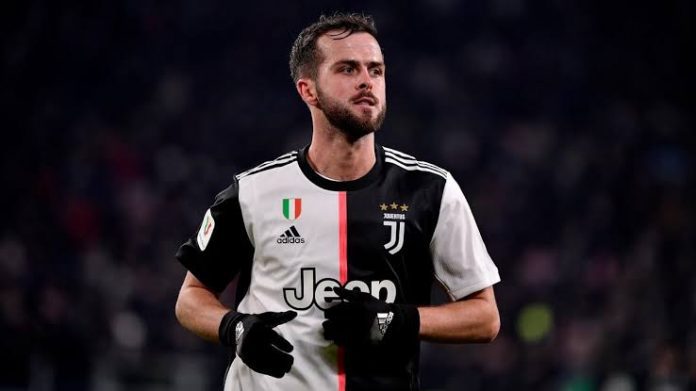 Barcelona have announced that its newly-signed midfielder Miralem Pjanic has tested positive for the coronavirus.

The Bosnian recently officially joined Barcelona, with the club announcing in June that Pjanic would be coming to Spain from Juventus on a deal that could rise to be worth €65 million (£59m/$73m).

Following the conclusion of Juventus and Barcelona’s Champions League campaigns, the two were now free to join their new clubs, but Pjanic will not yet travel to Barcelona after testing positive for COVID-19, Goal.com reports.

“Miralem Pjanic tested positive for PCR on Saturday, August 22 after suffering some discomfort. The player is in good health and is isolated at home,” Barca said in a statement.

“For this reason, the player will not travel to Barcelona until 15 days later to join Barca.”

Pjanic heads to Juventus following a fairly successful final campaign with Juventus, as the club won Serie A yet again for their ninth consecutive domestic triumph.

The 30-year-old was a part of four of those Serie A title successes, making a total of 178 appearances for Juventus after joining from Roma in 2016.

In addition to the four Serie A crowns, Pjanic also won the Coppa Italia twice and a Supercoppa Italia while being named in the Serie A Team of the Year on four separate occasions.

However, while the club enjoyed another season of domestic success, Juventus once again fell short in the Champions League this campaign, having suffered a shock elimination in the round of 16 at the hands of Lyon.

Pjanic’s new club, meanwhile, is in a state of upheaval following an 8-2 loss to Bayern Munich in the Champions League quarter-finals.