The 47-year-old will assist the federal ministry of youth and sports development to scout and mentor players in her quest to revive the development of football in the country.

The appointment of the former Everton forward was disclosed on Tuesday by the senior special assistant to the President on media and publicity, Garba Shehu.

Amokachi was a member of the 1994 Super Eagles squad that won Nigeria’s first African Nations Cup title in Tunisia. 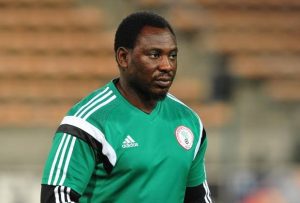 After leaving Nigeria in 1990, the forward featured for Belgian side Club Brugge and Premier League club Everton. He also played for Besiktas in Turkey and Colorado Rapids in the USA.

Upon his retirement, Amokachi managed Nasarawa United and Enyimba. He also served as Nigeria’s assistant coach to Shuaibu Amodu and Stephen Keshi.