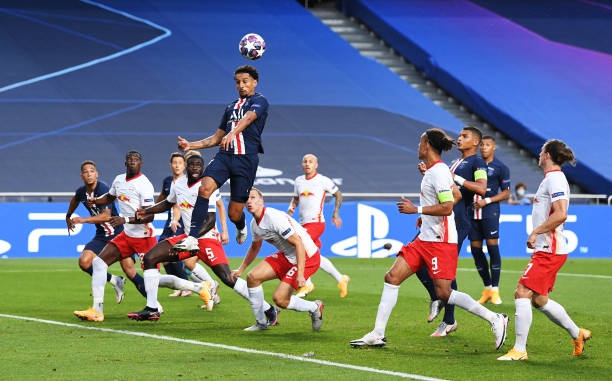 Paris Saint-Germain eased to a 3-0 win over RB Leipzig in Lisbon to reach their first ever UEFA Champions League final and remain on course for an unprecedented quadruple.

PSG needed two goals in stoppage time to overcome Atalanta in the last round but had far less trouble seeing off Atletico Madrid’s conquerors Leipzig on Tuesday.

Angel Di Maria crossed for Marquinhos to power in the opener after 11 minutes and then profited from some sublime Neymar trickery to double his side’s tally before half-time. 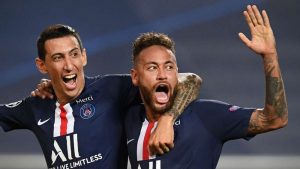 Tuchel’s side were in front soon after when Di Maria’s wicked delivery was guided in from six yards by an unmarked Marquinhos.

Neymar again clipped the post from a free-kick but he brilliantly set up Di Maria for PSG’s second with a cushioned flick after Peter Gulacsi’s pass was intercepted.

RB Leipzig brought on Emil Forsberg and Patrik Schick at half-time and started the second half on top, but Bernat met Di Maria’s cross to head past Gulacsi and kill things off.

WE ARE IN THE FINAL OF THE @ChampionsLeague!

PSG had numerous chances to add a fourth in the remainder of the one-sided affair, with Mbappe squandering a good chance and then being denied by Gulacsi, who also produced a late double save to keep out Di Maria and Leandro Paredes.