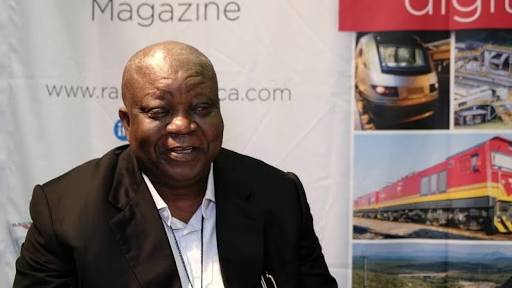 The managing director, Nigeria Railway Corporation, Mr Fidet Okhiria, says the corporation would have commence operation on the the Lagos-Ibadan rail transport route but it has delayed due to coronavirus pandemic ravaging the country.

He said this in an interview in Lagos, disclosing that when operational, the modern rail coaches on that route would do between 16 and 18 trips daily.

He noted that train travels were becoming popular among Nigerians,he wondered how the NRC would cope when the coaches on that route became operational, since rail transport was cheaper and faster than travelling by road.

Okhiria who spoke on ‘the prospects and benefits of rail transport on the overall economy’, said further that rail services on Kaduna-Abuja route had increased from eight to 14 trips daily.

He said, “The rail transport is becoming popular again as more and more people are seeing the massive investment and construction going on daily.

“I am just wondering how we are going to cope by the time Lagos-Ibadan starts because the route is already popular and waiting for commencement of operation.

“By the time the Ibadan-Lagos opened for operation, if not for COVID-19, we would have started and gone far with its operations.

“I know this route will be very busy both in Lagos and in Ibadan because it is faster and cheaper to go by rail than the road.

“Kaduna-Abuja route has increased from eight to 14 trips daily and by the time we start; we are going to experience an overwhelming boom.”

Okhiria said the narrow gauge and the standard gauge railway would continue to operate side by side.

“As I tell people, my father had a house, I won’t say because I want to build a new or modern one, I have to remove my father’s house when I have not built mine. So, you have to build your own first then, if you want to replace your father’s house, they will have a place to stay. 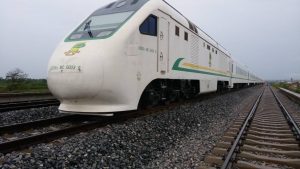 “The same thing, if we have stopped operating what we have now, even Nigerians would have forgotten that we have something called railway transport and the need and the pressure to modernise it will not be there any longer.”

The NRC boss while talking about the cargo wagons said the ones in operation currently by the corporation were equally faster in conveying goods and containers to Kano than by road, and it availed the opportunity of moving goods in bulk.

He explained that “when you move between 20 to 25 wagons at a time, you are talking of removing about 35 trailers from our highways, but that does not deprive them from operating within the feeder routes, because we don’t go from door to door.

“So we still require the trailers and lorries to take it from the rail stations to various warehouses, and to the customers’ factories. So, this will help vehicles last longer, and will also help in reducing road accident to the barest minimum.”

Okhiria said President Muhammadu Buhari-led administration had taken up the modernisation of the rail industry, adding that it took over Abuja-Kaduna from the previous administration and completed it and by 2016, put the service on track.

He said the patronage on that route had increased and more coaches procured.

He said, “We started with five coaches, and later increased it to two ways seven coaches each, making it 14. 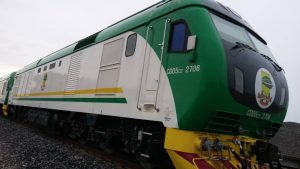 “The pressure on patronage became so much on the rail service from Kaduna to Abuja that as we speak, we have made arrangement to introduce additional 10 coaches plus another set of diesel multiple unit made up of eight coaches.

“The eight coaches have three different types of sitting arrangements.

“We have the VIP coach, which will only take 24 people with enough leg room and the seat is collapsible, and another kind of executive coach, one with bar where you can have your snacks, that’s 56 coaches, then the other one without the bar, which is 58 seater, and the other ones have 88 seats, with four standard coaches.

“As we have completed the Abuja-Kaduna, the commencement of Lagos-Ibadan was started, and as we speak today, from Ebute-meta junction to a place called Moniya in Ibadan track lane has been completed, and there are two double lines.

“The train stations are in advanced stage, they are in various levels. We have three types of stations, the mega station, the standard station and the smaller station.

“Then, the track is to link the port, that’s the stage where we are before COVID-19 and we are still working round the protocol to see how the contractors, supervisors can come back to site and make sure that people that are working are not infected by the virus, that’s the meeting we are holding presently.”