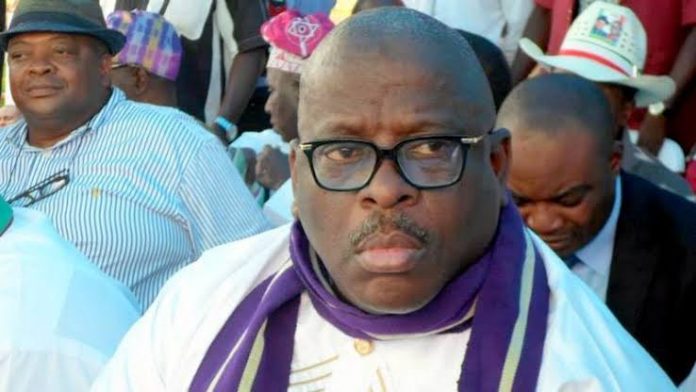 The remains of a former lawmaker, Senator Buruji Kashamu, will be interred at country home in Ijebu Igbo, Ogun State, (today) Sunday by 12 noon.

This was contained in a statement issued by the family through Kashamu’s spokesman, Austin Oniyokor, released on Saturday evening.

He said the deceased, who represented Ogun East Senatorial District between 2015 and 2019, would be buried according to Islamic rites.

The statement partly read, “The Shodipe Kashamu family of Ijebu-Igbo, Ogun State, has announced the death of the patriarch of the family, Senator Buruji Kashamu.”

“Kashamu, 62, died today (Saturday) at a private hospital in Lagos, after a brief illness.”

“His remains will be interred by 12 noon tomorrow, Sunday, August 9, 2020, in his Ijebu-Igbo country home, in accordance with Islamic rites.”

Abiodun, in a statement released in Abeokuta on Saturday by his Chief Press Secretary, Kunle Somorin, expressed shock over his death.

He described Kashamu’s demise as one death too many and a devastating blow to the nation’s political family generally.

Abiodun said: “I received the sad news of the passing of Senator Buruji Kashamu today, August 8, 2020, with a deep pain and grief that words cannot capture. On behalf of my family, the government and good people of Ogun State, I convey our deepest condolences.”

“His demise further diminishes the tribe of my close political associates. He was a large-hearted politician and courageous fighter for whatever cause he believed in.”

On his own part, Daniel described the death of the PDP stalwart as a rude shock.

He said, “I received with shock the news of the death of Senator Buruji Kasamu, who represented the Ogun East Senatorial District in the Red Chambers between 2015 and 2019.”

“I picked a timeless lesson of how transient life can be from this sad occurrence. I am glad despite all our years of political disagreements, conflicts and turbulence, by the hands of providence my heart found a rare opportunity of forgiving and making up with him before his untimely death.”

“I pray for his repose to find peace with his Maker and for his family to find the fortitude to bear this irreparable loss.”

Several condolences continued to pour in for the deceased extolling his philanthropy, political acumen and kind-hearted nature. Among them were that of the PDP national chairman, Uche Secondus, and Dr Reuben Abati.