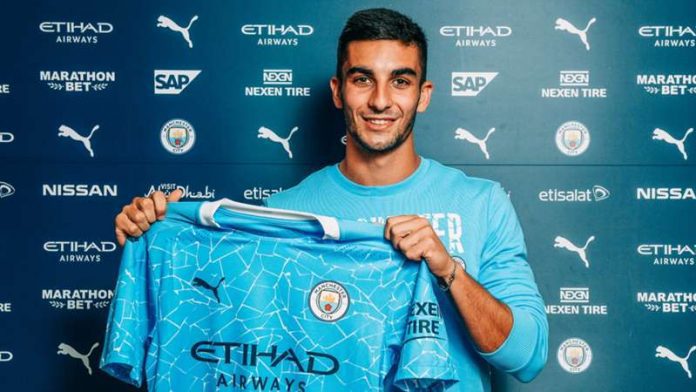 Manchester City have completed the signing of Valencia winger Ferran Torres in a deal worth an initial £21 million ($27m) and will fill the gap in the squad left by Leroy Sane.

The 20-year-old has signed a five-year contract at the Etihad Stadium and will join up with Pep Guardiola’s squad for the 2020-21 season.

Valencia could receive a further £11m ($14m) in add-ons for the Spain Under-21 international, who was in the final 12 months of his contract.

City beat a host of top European clubs to the signing of Torres, with Manchester United, Juventus, Borussia Dortmund, Real Madrid and Atletico Madrid all expressing an interest.

But the highly-rated forward was keen to work with Guardiola.

According to Goal.com, he agreed personal terms after the City boss spoke to him personally to convince him to make the switch to Manchester.

Due to UK travel restrictions surrounding the Covid-19 pandemic, Torres completed his medical in Spain but will be available for the new Premier League season.

“I am so happy to be joining City,” Torres told City’s official website. “Every player wants to be involved in attacking teams and Manchester City are one of the most attacking in world football. 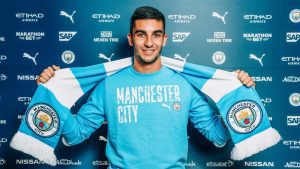 “City have won plenty of trophies in the last 10 years and I hope I can play a role in continuing that success.”

The deal is seen as a bargain for one of Spain’s emerging talents, with Valencia needing to improve their finances after failing to qualify for Europe.

City’s director of football Txiki Begiristain added: “We have followed Ferran’s progress closely and have been very impressed.

“He is young and still developing, but his technical qualities are exactly what we are looking for in a winger. He is quick, direct, can create space with one movement and is capable of producing match-winning moments.

“I feel this is the perfect place for him to develop and with Pep in charge he can take his game to the next level.”

City have moved quickly to find a replacement for Leroy Sane after the Germany international moved to Bayern Munich in a deal worth an initial €49m (£45m/$58m) earlier in the summer.

City are expecting a busy summer as they try to close the gap on Premier League champions Liverpool and are likely to add another central defender and forward before the transfer window closes.