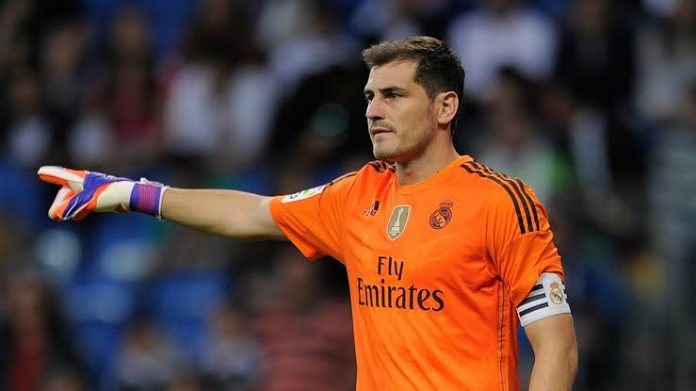 Real Madrid and Spain goalkeeper Iker Casillas has announced his retirement from professional football after playing over 1,000 matches.

The 39-year-old, who holds the record for most Champions League clean sheets and most clean sheets for Spain, spent the last five years of his career playing for Porto after his 25-year spell with Real Madrid ended in 2015. 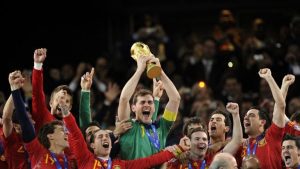 He also lifted the Supercopa de Espana four times, the UEFA Super Cup twice and the FIFA Club World Cup during his time in the Spanish capital.

After moving to Portugal at the age of 34, Casillas continued to win more silverware, winning the top-flight Primeira Liga in 2018 – although he did not feature last season as Porto won the league-and-cup double.

According to Sky Sports, Casillas is the second most-capped Spain player of all time, playing in four World Cups, and holds the record for most appearances, most clean sheets and most penalty saves in Champions League history. 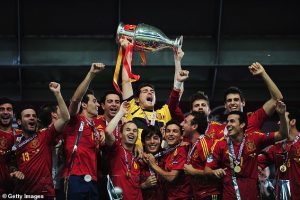 Casillas, who recovered from a heart attack in 2019 and declared his intention to run for the presidency of the Spanish Football Federation in February, posted an emotional message on Twitter confirming his retirement.

“The important thing is the path you travel and the people who accompany you, not the destination that it takes you,” Casillas said.

“Because that with work and effort comes alone and I think I can say, without hesitation, that it has been the path and the dream destination.”

Real Madrid captain Sergio Ramos reacted to the news by posting: “Soccer thanks you, friend. Forever a legend @IkerCasillas.”