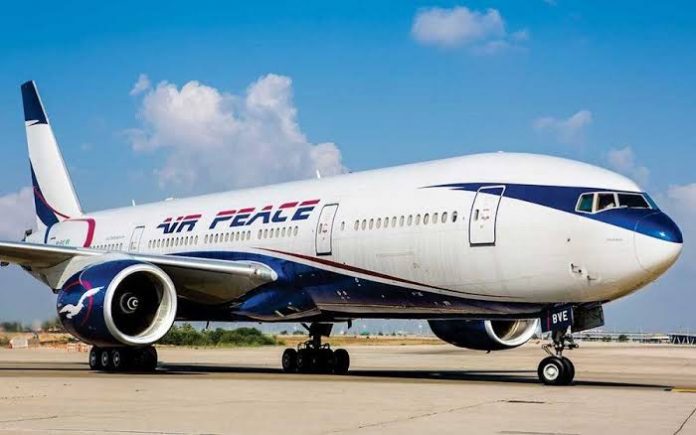 The Management of Nigeria’s indigenious airline Air peace has relieved 70 of its Pilots across its fleet of their jobs.

It has also reduced staff salaries by 40 per cent, which sources say did not go down well with the pilots.

The airline management said it had to take the painful decision in the face of the devastating effects of the COVID-19 pandemic on its operations and financial health.

While the company said an agreement was reached and accepted by the pilots, however, the (pilots) were accusing the company of trying to sack staff through illegal processes.

It was reported that the pilots had protested a major pay cut after negotiation fell through with the management.

Again, the Air Peace Chief Executive Officer, Allen Onyema, had defended the action stating that series of emails were sent to the pilots on this decision.

He lamented that the company has had lesser flight operations as a result of the COVID-19 pandemic, adding that he expected the pilots to understand the situation.

The company’s flights are now set to be handled by management pilots who do not usually operate on flight duties everyday.

Some of those that will be involved include the Director of Flight operations, Head of training and various fleet managers in the company.