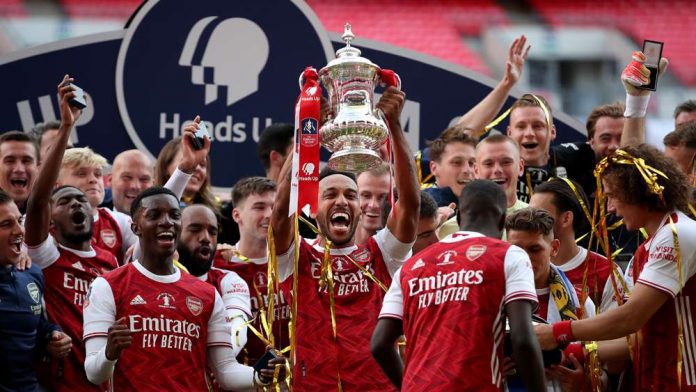 Mikel Arteta is the first man to win the trophy as a captain and manager with the North London club, Arsenal, who picked up their 14th win in the competition

Arteta was left celebrating a unique feat on Saturday as he capped his debut season in charge of Arsenal by leading the Gunners to victory in the FA Cup.

The former Arsenal captain was appointed as Unai Emery’s replacement on the bench in December 2019, with the club languishing in mid-table following a disappointing start to the Premier League season. 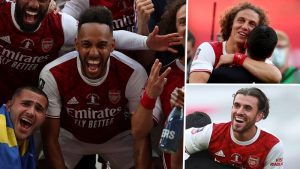 Arsenal therefore needed victory at Wembley to seal a spot in the 2020-21 Europa League, which duly arrived with a 2-1 comeback victory over 10-man Chelsea.

Christian Pulisic fired the Blues ahead after just five minutes, but Pierre-Emerick Aubameyang equalised from the spot to send the two sides into half-time deadlocked at 1-1.

Aubameyang then fired home his side’s second after some excellent footwork in the penalty area, while Chelsea saw Mateo Kovacic receive a second yellow card and also lost Cesar Azpilicueta, Pulisic and Pedro to injury across a hard-fought 90 minutes.

No man before Arteta had ever led Arsenal to FA Cup glory as both a captain and manager, the Spaniard having previously lifted the trophy on two occasions during his time at the Emirates.

Arteta also became the first Gunners boss to taste success in his debut season on the bench since George Graham, who clinched the League Cup shortly after his appointment in the 1986/87 campaign. 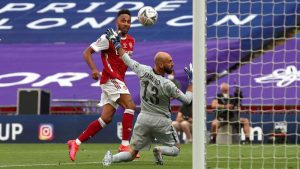 Saturday’s win consolidates Arsenal’s status as the most successful club in the competition’s history, pulling two clear of Manchester United with their 14th triumph in the all-time FA Cup standings.

The Gunners may have been far from their best in recent seasons, but their record when it comes to deciders is nothing short of lethal: in seven FA Cup final appearances since 2002, the North Londoners have won every single one.

They are also more than accustomed to ending Chelsea’s trophy dreams, with no fewer than three of their 14 victories coming against the Blues – another competition record.