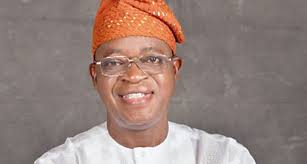 The State Government of Osun warned that any private schools that open illegally will face the full force of the law.

This was contained in a statement signed by the Commissioner for Information and Civic Orientation, Mrs Funke Egbemode on Wednesday.

This came on the heels of insinuations that some private schools operators were planning to reopen under the cover of the partial reopening of schools, which the government announced on Monday.

The statement read partly, “The State Government of Osun has it on good authority that some private schools are planning to reopen under the cover of the partial reopening of schools to students in exit classes for the purpose of writing the West African Senior Secondary School Certificate Examination.

“Doing this would be illegal, an infraction and a flagrant disregard for the guidelines of both the State and Federal Government.

“The Federal Government has approved neither the reopening of all schools nor the resumption of all students. The partial reopening applies only to schools that have registered for WASSCE, and students in SS3 classes who will be sitting for the exams beginning from August 17.

“By implication, only 188 schools and 13,177 students that have been duly registered for WASSCE in the State of Osun are licensed by the state and Federal Government’s guidelines.

“Any private school not registered for WASSCE, found operating under the cover of the partial reopening, will face the full force of the law.”