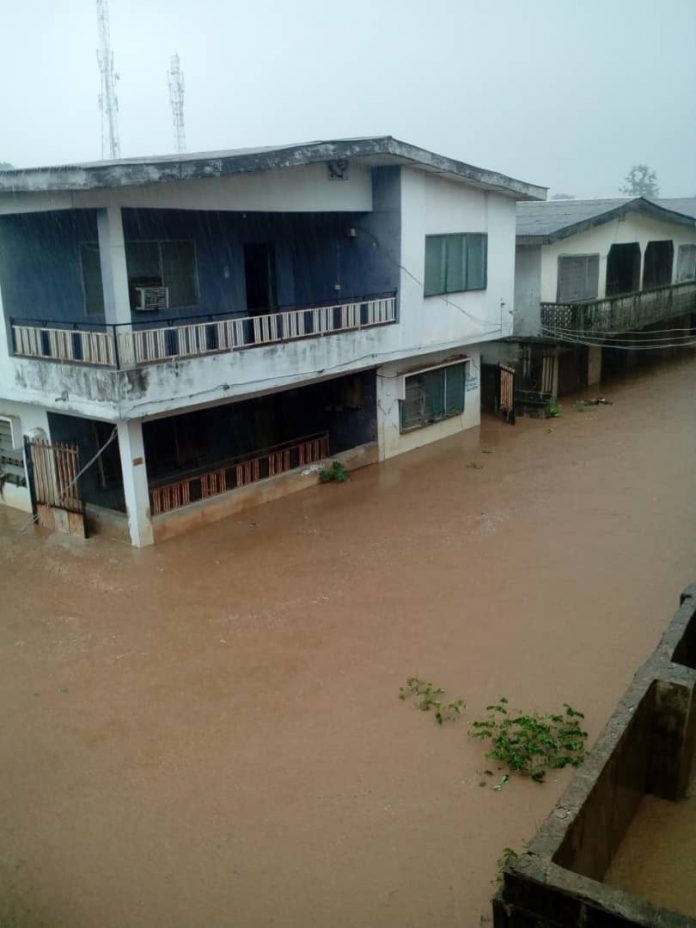 Heavy floods will hit many parts of the country between September and October, the Nigeria Hydrological Services Agency, has warned.

In the red alert, 275 local government areas of the 774  will be moderately hit by the flood while 102 councils will be worse-hit.

The agency advised those who have their buildings or reside in flood-prone areas to begin to relocate from such areas because heavy rains would herald the flooding leading to destruction of property and likely loss of lives. 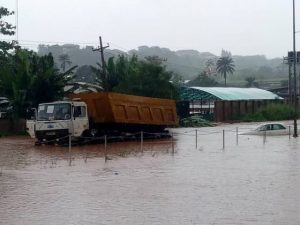 The Director-General of the agency, Mr Clement Nze, explained that 275 local government areas of the 774  will be moderately hit by the flood while 102 councils will be worse-hit.

Among states that will witness massive flooding were Lagos, Edo, Ogun, Rivers, Delta, and Kogi.

All the local government areas in Lagos, except Epe  and many parts of Ogun State, will be badly affected, the agency further stated.

Nze said governors of the states had been advised to begin immediate evacuation of residents in areas to be affected.

He blamed the heavy flooding experienced in some parts of Abuja some few days ago on the construction of houses on flood plains. 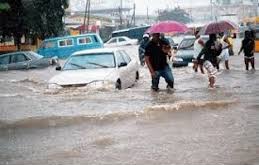 He said some lives and property were lost at  ”the Sunday Adewusi Estate in the  Dei Dei area of the Federal Capital Territory because it  was built on a flood plain.” The estate is owned by the police.

Nze noted that proper drainage channels and demolition of structures along flood plains ought to have carried out before the rains set.

He said the flooding   experienced so far in parts of the country was as a result of constant rainfall.

He warned that the effect on any nation  in the event that Niger Basin releasing  water from its dam(s) might be too devastating for Nigeria, if nothing was done now.

He said: “The month of June is usually the period of effective rainfalls and the beginning of a new hydrological year in the River Niger Basin which covers nine countries of Benin, Burkina Faso, Cameroun, Chad, Cote d’ivoire, Guinea, Mali, Niger and Nigeria.

“Nigeria is downstream of all the countries in this basin. The months of July, August, September, and October are also known as JASO months signifying heavy rainfall, flooding, and flood disasters in most parts of the country.

“The floods are often aggravated by the trans-boundary inflow of rivers Niger and Benue from outside the country before they empty into the Atlantic Ocean in Nigeria.

“As early as June, severe flooding incidents with attendant destructions and loss of lives were recorded in certain parts of the country.

“This has continued unabated even when the country is still more than two months away from the peak of rains with the attendant flooding incidents associated with those months.

“NIHSA wishes to use this medium to advise state and local governments, stakeholders, multinational companies and public-spirited individuals and philanthropists that all hands should be on the deck to save the country from the consequences of flood pandemic in the year 2020.

“The country still has many days of rainfall in the course of the year. More floods are still expected in the months of August, September, and October.

“In the event there is a release of excess water from the dams in other countries upstream rivers Niger and Benue, this will have more negative impact on Nigeria which is located downstream other countries in the Niger Basin.

“Therefore, blocked drainage channels and gutters should be cleared, river channels dredged and structures within the waterways and flood plains and flood paths pulled down.

“The picture presented above means that relevant agencies of the Lagos and Ogun states should brace for possible flooding incidents in the coming months. The country cannot afford to suffer another pandemic within a pandemic.”

Recall that flash floods had been experienced in both states early this month, where many buildings were submerged and many valuable  lost.

Both states have warned residents to desist from dumping of refuse into drainage channels and those living on flood plains should relocate to upland immediately.

Clearing of water channels and rivers were already being carried out in certain areas by the state governments.

The governor of Ogun State, Prince Dapo Abiodun, visited some of the affected areas to assess the level of devastation wreck by the flash flood.

On his own part, the Lagos State Commissioner for Environment and Water Resources Commissioner, Tunji Bello,  listed the LGAs to be risk-proned as Lagos Mainland, Mushin, Ibeju-Lekki and Ikorodu.

Bello explained that the four listed councils will witness high intensity rainfall between now and September.

Quoting from the Annual Flood Outlook released by the Hydrological Services Agency on May 28, Bello identified 15 other local government areas as those at flood risk this year.