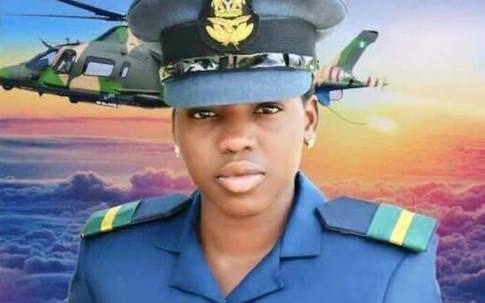 Tears and emotions pervaded the environment at the military cemetery, Airport Road, Abuja, when the remains of the first Nigeria’s female combat helicopter pilot,  Tolulope Arotile were laid to rest.

Her remains were brought in Nigerian Air Force ambulance with number plate AF 442.

Among the dignitaries who came to pay their last respects to the gallant flying officer were the Chief of Air Staff, Air Marshal Abubakar Sadique; Kogi State Governor, Yahaya Bello and his wife; and the House Committee Chairman on Air Force, Bala Ib’n Nalla.

Family members of the deceased were also not left out. Recall that the 24-year-old pilot reportedly died last Tuesday after a car that was reversing hit her and she hit her head on the road.

The NAF authorities later unveiled Nehemiah Adejoh as the driver of the car, adding he was a former secondary school mate of Tolulope.

Adejoh, the authorities said would be handed over to the police as the case is a civil case. 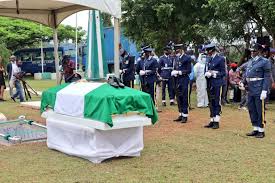 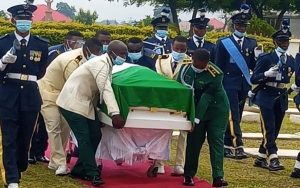 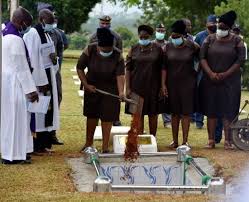