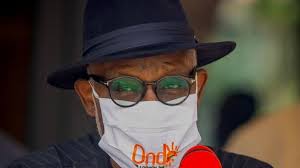 The Ondo State Governor, Mr Rotimi Akeredolu, in the early hours of Tuesday emerged the candidate of the All Progressives Congress for the governorship election.

The results were declared around 12.25am, and this gave him the chance to contest for a second term in office.

The election is slated to hold on October 10 later this year.

Akeredolu won in all the local government areas of the state, defeating other seven contestants.

Over 2,500 delegates from the 18 local government areas of the state converged on the International Event Centre, Alagbaka, Akure, the state capital, to cast their votes.

Scores of armed security men from the police, the Department of State Services, the National Security and Civil Defence Corps and men of the Federal Road Safety Corps, were deployed in the venue of the exercise.

No fewer than eight aspirants finally contested for the ticket of the party after three aspirants stepped down for Akeredolu.