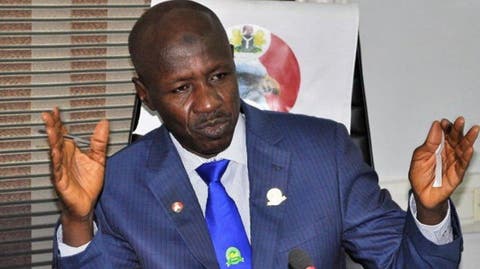 It is no longer news that the suspended acting Chairman of the Economic and Financial Crimes Commission, Ibrahim Magu, has been released from police custody after 10 days in detention.

However, riot policemen were said to be surrounding his residence at Maitama in Abuja as at the time of filing this report.

It is believed that the policemen were there to provide security for the suspended boss of the EFCC.

Magu was arrested on July 6, 2020 amid allegations of corruption and brought before the Justice Ayo Salami-led Presidential panel.

He was accused of being unable to account for the interest accrued to recovered funds of about N550bn.

He was also accused of insubordination and purchase of property in Dubai, the United Arab Emirates.

EFCC lawyer, Wahab Shittu, who spoke in a television interview on Wednesday night monitored by our correspondent said the allegations against Magu had been more prominent on social media and pages of newspaper.

He, however, said the defence team had insisted that Magu should be formally served the allegations, arguing that he (Magu) would be able to clear his name

Shittu said,  “Magu will respond to allegations one by one. His anti-graft crusade is unrivalled. We are proud of the achievement of Magu.

“At the end of the day he will clear his name. And the government would be happy to restore him to his place.
“Allegations  against him were more on the social media and on pages of newspapers.
“We insisted he should be formally served the allegations.”
Share on:
WhatsApp