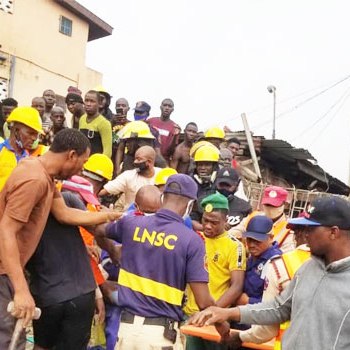 A fresh information revealed that a female constable attached to the Ikoyi Police Division was among the three persons who lost their lives on Saturday when a three-storey building collapsed on Freeman Street,  Lagos Island.

The state Police Public Relations Officer, Bala Elkana, gave this information after the first responders at the scene of the collapsed building recovered three corpses and rescued no fewer than nine persons alive from the rubble.

In a statement on the incident, the police spokesman said, “A constable was part of the people that died when the building collapsed at Freeman Street in Lagos Island.

“The constable works with the Ikoyi Police Division but lives in the building. The building collapsed around 3am.”

According to him, the remains of the dead victims have been conveyed to the mortuary, while the nine injured are being administered pre-hospital care by the agency.

He said the tragedy struck while the victims were asleep inside the building. 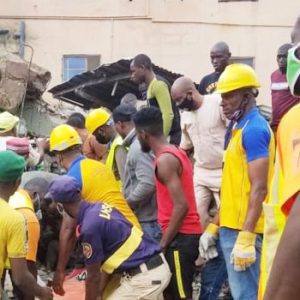 He said, “The Agency responded to emergency calls on the collapsed building at Freeman Street, in the Lagos Island area of Lagos State.

“Upon arrival at the incident scene around 4am, a three-storey building was discovered to have totally collapsed on people asleep inside.

“Nine victims have been extricated from the rubble alive while three bodies were recovered dead.

“Their remains were transported to the mortuary by SEHMU while pre- hospital care has been administered to the nine victims by LASEMA and LAS.